The “Eurasian Landbridge” or New Silk Road — a vision first proposed and drafted by Lyndon and Helga LaRouche over two decades ago to fully develop the entirety of the Eurasian continent — is now the active, official policy of the government of China, supported also by other key Asian nations. On September 7, 2013, Chinese President Xi Jingping visited Kazakhstan where he first announced the adoption of a policy he called the “New Silk Road Economic Belt” stretching from the Pacific Ocean to the Baltic Sea.

To forge closer economic ties, deepen cooperation and expand development in the Euro-Asia region, we should take an innovative approach and jointly build an ’economic belt’ along the Silk Road. This will be a great undertaking benefiting the people of all countries along the route… We must expand the development of Eurasia, creating an economic belt along the Silk Road. China and the Central Asian countries are at a crucial stage; we need a broader vision for cooperation. The peoples of this ancient Silk Road together can compose a wonderful new chapter in the much-told story. Now is a golden opportunity for development.”

Less than a month later, President Xi Jingping augmented his program for the Silk Road Economic Belt by also calling for the creation of a ‘Maritime Silk Road of the 21st Century’ during a speech in Indonesia.

“Southeast Asia has since ancient times has been an important hub along the ancient Maritime Silk Road. China will strengthen maritime cooperation with ASEAN countries to vigorously develop maritime partnership in a joint effort to build the Maritime Silk Road of the 21st Century. China is ready to expand its practical cooperation with ASEAN countries across the board, supplying each other’s needs and complementing each other’s strengths.”

Below, we present an interactive map of the World Landbridge, an extended version of the Eurasian Landbridge plan for the economic development of the entire planet. This planetary development program — an integrated system of the most crucial projects in transportation, water management, power generation, resource development, agricultural production, and city building — will be the cornerstone of a new international system of common benefit among nations for mutual cooperation and progress, a new system which is already emerging with the historic agreements for a new international economic order among the BRICS nations and others.

Not content with destroying the 2A, Virginia now going after the First Amendment 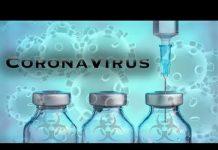