The Western media refutes their own lies

This article was first published in April 2017 following the accusations directed against the Syrian government of using chemical weapons against its own people.

The issue is now once more before the UN Security Council. Read carefully.

The Western media refute their  own lies.

Not only do they confirm that the Pentagon has been training the terrorists in the use of chemical weapons, they also acknowledge the existence of a not so secret “US-backed plan to launch a chemical weapon attack on Syria and blame it on Assad’s regime”

London’s Daily Mail in a 2013 article confirmed the existence of an Anglo-American project endorsed by the White House (with the assistance of Qatar) to wage a chemical weapons attack on Syria and place the blame on Bashar Al Assad.

(Update; April 8, 2017) Trump’s decision to strike a Syrian airbase in retaliation for Assad’s alleged use of chemical weapons against his own people confirms that the “False Flag” Chemical Weapons attack scenario first formulated under Obama is still “on the table”.  Our analysis (including a large body of Global Research investigative reports) confirms unequivocally that Trump is lying, the Western media is lying and most of America’s allies are also lying.

CNN accuses Bashar Al Assad of killing his own people while also acknowledging that the “rebels” are not only in possession of chemical weapons, but that these “moderate terrorists” affiliated with Al Nusra are trained in the use of chemical weapons by specialists on contract to the Pentagon.

In a twisted logic, the Pentagon’s mandate was to ensure that the rebels aligned with Al Qaeda would not acquire or use WMD, by actually training them in the use of chemical weapons (sounds contradictory):

“The training [in chemical weapons], which is taking place in Jordan and Turkey, involves how to monitor and secure stockpiles and handle weapons sites and materials, according to the sources. Some of the contractors are on the ground in Syria working with the rebels to monitor some of the sites, according to one of the officials.

The nationality of the trainers was not disclosed, though the officials cautioned against assuming all are American. (CNN, December 09, 2012, emphasis added) 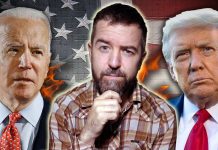 Post Debate Biggest Takeaway: TO LOCKDOWN OR NOT TO LOCKDOWN?…THAT Is The Question!!!