In this interesting story over at RT that Steve Quayle linked to on his website we learn that authorities can now request the DNA of Americans, without our knowledge or consent, through websites such as Ancestory.com and 23andMe. And while a 23andMe spokesman claimed they’ve only received 5 requests for DNA and have resisted all requests, resulting in no information released, the legal precedent has been set and as we’re reminded in an SQnote he left on that story: You do realize that bio specific weapons can be targeted against specific individuals DNA, don’t you?

As we reported on ANP back on November 16th, authorities in the US also recently were accused of collecting Russian DNA by Russian president Vladimir Putin himself and in so doing, raised fears that the DNA collection was being done upon various ethnic groups in Russia for the purpose of developing an ethnic specific weapon capable of only targeting Russians.

And with the mainstream media and the entire democratic party, aka entrenched establishment, going bats**t crazy in their ‘projection’ that ‘everything is tied to Russia’ here in 2017 America, let’s take a look at what the Russians think about US authorities attempting to get the DNA of people across their country. From Russian Senator Franz Klintsevich, the deputy head of the Defense and Security Committee, who was among the first to suspect foul play.:

“I am not saying that we are definitely talking about preparations for biological war against Russia,” he prefaced his statement on Facebook. “But the scenario is undoubtedly being developed.”

The senator suggested that different ethnicities react to biological arms differently and perhaps, “this is why the West is meticulously collecting material across the country.” “The relevant western agencies need to know that we are clued up on their interests,” Klintsevich said, praising Putin’s statement.

Are enemies of the ‘deep state’, whether Russians or ‘deplorables’ or simply insiders who knew too much, being targeted for elimination? As we read in more detail below, a new name could be added to the always-growing ‘Clinton body count’.

In psychology,‘projection’ is a theory in which humans defend themselves against their own unconscious (or conscious!) impulses or qualities (both positive and negative) by denying their existence in themselves while attributing them to others. As Susan Duclos reported on ANP in this November 17th story, with the REAL ‘Russia conspiracy’ now being unfurled before our eyes, we’re not the least bit surprised that Hillary is calling the calls to investigate her an abuse of power yet over the past 20+ years, who was regularly abusing their power?

What we’ve seen from Hillary Clinton, the Democratic establishment and much of the mainstream media apparatus ever since November 8th of 2016 and President Donald Trump’s stunning presidential victory over Hillary, with Russia being blamed for almost everything, while facts such as the map above paint a much more truthful picture, have been a huge series of projections and we see an absolutely stunning example of it in this new story from over at Prison Planet.

According to the story, a ‘mass triggering’ has been caused by a makeup app that can be used to digitally remove the makeup from women (or men) and of course, Russia is once again being blamed. Proving the absolute ridiculousness of the entire ‘blame Russia for everything’, triggered liberal snowflakes are now blaming Russia for what is being called a ‘violent and misogynistic’ app that will allowtheir friends, or enemies, to see what they likely look like without their make up on.

The story over at Business Insider Tech Insider began “No one knows how to generate headlines and outrage like a pro-Russia propagandist” and as Chris Menahan over at Information Liberation reports, the liberal media is absolutely losing their mind over this. So now its Russia’s fault for what people look like without their makeup on?

As Hillary Clinton clearly knows, lies, like makeup, are sometimes partially used to conceal, which brings us back to the collection of DNA both in Russia and of Americans by people who may not have the Russians, nor Americans, best interests in mind. We first lookhere at a very wise comment made on this November 18th ANP story by reader bkinney who stated:

History is littered with huge events happening that seemingly come out of nowhere to take the news off of another huge story that often involves the ‘global elite’ and corruption. Take for example the Pentagon news conference on September 10th of 2001 in which it was announced that the Pentagon had somehow ‘misplaced’ $2.3 trillion only for that story to be swept away to the dustbin of history by the events on 9/11.

Or the ‘Clinton body count’ which seems to have another name added to it on a regular basis now, with DNC mega-donor Steve Mostyn recently found dead in Texas. Mostyn was one of the co-founders of the ‘Ready For Hillary PAC’ and died at the young age of 46 from a‘mental health issue’ which seemed to come about suddenly. Of interest, according to this ATS thread with sources, Mostyn was heavily involved in children’s organizations. And we all know what’s been happening with pedo rings all over the US. 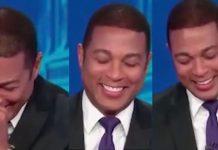 CNN Laughs It Up

How hackers got into Ghislaine Maxwell’s emails