When the dam broke after the Harvey Weinstein allegations, Hollywood was engulfed in the biggest sex scandal in history with dozens of celebrities which consider themselves the “global elite” either being accused of sexual harassment, or being the accusers, or forced to take sides over stories ranging from rape to the catch-all phrase they continue to use, “sexual misconduct,” which could encompass everything from “inappropriate touching ” (some claim a hug is inappropriate) to actionable accusations of abuse.

Then came the “Sh*tty Media Men” list, which names over 70 men in the media industry and accusations claiming sexual misconduct, which mixed ridiculous allegations like “flirting” with serious allegations of rape and abuse. Liberals media outlets named in that list are now dealing with open allegations, such as the most recent claims from more than a dozen former and current employees about the culture for women inside Vice Media, saying the “toxic sexual harassment culture” at the outlet has been “unsafe and just plain dirty.”

Now they are going after the politicians, some with claims that have no documentation, to claims that are documented, with liberal Senator Al Franken the latest politician in the crosshairs.

Hollywood has already admitted they have been covering up sexual abuse within their industry for decades, with the common refrain being “everybody knew,” yet no one did anything about it. That includes the media that had been aware of Weinstein and Hollywood’s sexual abuse problem since at least 2004, when the NYT killed a story about it.

What they, nor the media want to focus on is the sexual child abuse and pedophilia that also runs rampant throughout their industry, as they ignore people like Corey Feldman that has been trying to expose this issue for years. Few others have spoken up and backed him up, but it also is something those that have spoken up about say is yet another “open secret,” one far worse, far more vile than the scandal that is engulfing them now.

It isn’t only Hollywood covering up the sexual abuse against children and pedophilia though, as we are reminded of a report back in 2013, by NBC, when they were still trying to report news, rather than their virulent Trump Derangement Syndrome dominating their so-called “news” in 2017, about the cover-up of illegal, inappropriate behavior within the State Department ranks, while Hillary Clinton was the Secretary of State, including cases of pedophilia.

“There is an old saying in Washington that the cover-up is worse than the crime. But in this case both parts of it are disturbing”, Chuck Todd continued.

Allegations of prostitution and pedophilia, and allegations that those crimes were somehow covered up or not looked into. So the State Department this morning is having to respond to those claims, and those investigations involve misconduct by State Department officials, including an Ambassador and security agents attached to then secretary of state, Hillary Clinton.

The allegations are that these investigations were whitewashed, quashed altogether, and that those orders came from high up.

NBC has obtained documents relating to ongoing investigations into some disturbing allegations involving State Department personnel and at least one ambassador. A State Department memo says, quote, “the Ambassador routinely ditched his protective security detail in order to solicit sexual favors from both prostitutes and minor children.

In 2015 it was reported that the Office of Inspector General had actually edited whole passages of their high profile report “that could have embarrassed Hillary Clinton just days before she quit President Obama’s Cabinet.” 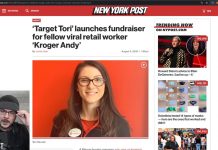 This Virus is Causing Psychological Damage to the General Population