In his latest best-selling book “The New Confessions of an Economic Hit Man,” John Perkins tells how American companies used loans from the World Bank to take control over developing nations. In the first part of an exclusive interview with Sputnik Germany, Perkins gave an inside look at his former job.

Sputnik: Your criticism of the current global economic system dominated by the United States is based on your own experience. Back in the day, you were an “economic hitman.” What was your job?

John Perkins: My official position was called “senior economist and economic adviser” at a major consulting company. My job was to find countries with large reserves that our American companies wanted to seize. I mean oil and other things. Then I arranged large loans for those countries via the World Bank and its partner organizations. But those governments never received the money. Instead, the money was transferred – directly or indirectly – to American companies, including construction firms like Halliburton or suppliers like General Electric.

Those companies then launched infrastructure projects in the countries, including power grids, industrial parks and highways, which generated huge profits. But those profits ended up in the pocket of American companies and several rich local families. What those countries had was huge debts that caused suffering both for the poor and the middle class.

Sputnik: When working for Chas T. Main, an American consulting firm, you were involved in providing loans to developing countries. How large were those loans?

John Perkins: You know it’s difficult to recall because I was involved in this business back in the 1970s. The amount of a loan was different at the time. Some deals were multibillion. It depended on a country and on a particular project. For some countries, multimillion budgets were arranged to build a nationwide power grid. That included the construction of hydroelectric power plants and power distribution stations and cable installation. In such cases, it was always about big money.

Sputnik: What exactly you were doing? Could give us an example, maybe related to economic activities in Panama or Honduras? What does it look like when an “economic hitman” takes on a job in a developing country?

John Perkins: As for Panama, the plan was to build a power grid in the country and large loans were provided to the government. But the real goal in Panama was to discredit national leader Omar Torrijos, in other words to bribe him and then put him in a situation so he owed us a lot of money. So, we could blackmail and control him.

Torrijos tried to wrest the Panama Canal from the grasp of the US and return it to his country. But what was even more important, he had a reputation of a politician from a small country who could confront such a great power as the US. He was a man who wanted to return the Panama Canal to his people. But the situation was not only about the US control over the waterway. Torrijos was standing against American imperialism. He became a political and spiritual leader of a global scope.

(In 1977, Torrijos signed a deal with the US, which guaranteed that the government of Panama would have full control of the Panama Canal starting 1999. In 1981, he was killed in a car crash. Perkins was involved in activities in South America at the time. He claims that Torrijos was assassinated by the CIA. He tells this story in his book “The Confessions of an Economic Hit Man” — Sputnik)

Sputnik: That is, those loans and hence debts were used to blackmail national leaders and to control them?

John Perkins: Credits were used in many ways. Panama was an exception, because it was about the political leadership of a state. As for more suitable examples, there are Ecuador, Indonesia and Colombia where we were hunting oil. We believed there were a lot of oil fields. We managed to persuade the governments to accept our huge loans and give their oil fields in pledge. So, we usually told them, “You borrowed millions of dollars from us, and in exchange, American companies will have access to your oil at very low prices and on very moderate market conditions, without the commitment to observe any environment rules and regulations.”

When some of those countries were unable to service their debt we often said, “Ok, you may not pay now, but your country will vote to support the US at the next vote in the UN. Or you will allow the US to build a military base on your territory.” Or something else of the kind. In fact, this is a very old form of establishing control over a nation. This practice goes down in history for centuries. Many empires have used it, including the Soviet Union.

Sputnik: You were involved in such activities until 1981. Today, where do you see signs of “economic hitmen”? Are they targeting Russia?

John Perkins: Of course, Russia is in the crosshairs. And at the same time, Russia is targeting the US. Two months ago, I was speaking at the St. Petersburg International Economic Forum. I was on the stage with [Russian] President Vladimir Putin and UN Secretary General Antonio Guterres. Putin had a pretty strong impression on me. He said: “Is Russia spying on the US. Yes, of course. Is the US spying on us? Sure. This is happening, of course.” But he also said: “Basically, this is nothing new.” 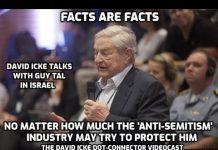