The sales were originally disclosed in a document filed with the Securities and Exchange Commission (SEC). Murren had previously divested 57,269 shares on July 31st and August 9th, 2017.

It’s currently unclear why Murren chose to sell when he did. To date, MGM’s stock has not experienced a significant decline in value due to the repurchasing program. As the CEO of MGM, it runs against the company’s interests to convey a sense of urgency in the selling personal stock of shares immediately after the announcement of my company’s share repurchase program. It’s also strange that the CEO of a company would sell more than half of their stake (let alone 80{5f621241b214ad2ec6cd4f506191303eb2f57539ef282de243c880c2b328a528}) in the company that they represented.

Mr. Murren and his fellow board members were not the only speculators who were bearish on MGM’s prospects. Billionaire investor George Soros also bought $42 million worth of puts on the company, according to SEC filings from mid August.

That point being made, it needs to be asked why any profit-oriented CEO of any company would sell 80{5f621241b214ad2ec6cd4f506191303eb2f57539ef282de243c880c2b328a528} of his personal stake in his own corporation, especially after he thought it was in the business’ best interest to initiate a massive share repurchase program which one would theoretically assume to reduce the number of shares in the company and increase the price of each share, ceteris peribus. Why would the individual with the most information about the company sell 80{5f621241b214ad2ec6cd4f506191303eb2f57539ef282de243c880c2b328a528} of his shares immediately after the commencement of a program that most would consider positive for the stock? Shouldn’t he want to hold on to his shares? Is there something he knew, that others didn’t, that lead to so much movement in such little time? What a week! 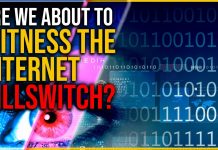