“Europe’s bank sector has grown too big and may need to shrink, possibly through mergers or failures (…) many banks in the euro area do not earn their cost of capital.” In other words, they are zombie banks, bankrupt and only kept alive by the liquidity flowing from the ECB. “It seems that there are too many banks competing for customers. (…) There is a good chance that the banking sector will indeed shrink.”

Who makes such incendiary statements, which would panic millions of savers throughout Europe if they were broadcast by the mainstream media? Some doom and gloom prophet seeking fame? Some editorialist exaggerating a bit to make some noise and be heard? No, not at all. On the contrary, this is coming from a low-profile individual, very well informed, occupying a very high institutional position: Danièle Nouy, who is none other than the person in charge of banking supervision at the European Central Bank.

This woman in charge of controlling the European banks’ financial situation – who has direct access to their accounts, since she’s working at the ECB – is quietly announcing that the banking sector is over-sized and that we must expect mergersand failures… Since bank “failures”, un-forcibly or without losses, are a very rare occurrence, here one must read the word “default”, much gloomier.

These perfectly explicit statements coming from the best possible source help us understand why the BRRD and the Sapin Law 2 were put in place: Those bankruptcies must be organised in such a way as to limit damage on the banking system and the economy. The BRRD, as a reminder, allows a failing bank to use its clients’ bank accounts, whereas the Sapin Law 2 allows the freezing of life insurance accounts. The project of freezing bank accounts is part of the same logic. These new regulations are put in place knowingly – the European banking sector will have to go through a major restructuration, many zombie banks will fail, the savers will have to pay, and the taxpayers will be “asked” to contribute… fair warning to all. 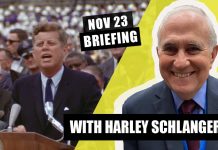