The Catalan crisis is nearing its culmination as Madrid and Barcelona make bold moves against each other, increasing the possibility of a violent conflict and “tanks on the streets” of Catalonia, politicians and analysts warn.

While the weeks of political uncertainty which followed the October 1 Catalan independence referendum – deemed illegal and void by Madrid – have apparently ended, recent developments raises even more questions over what lies ahead.

Spanish authorities won’t be able to fix the situation by only invoking Article 155, as Catalonia has already become an independent republic, Enric Folch, Secretary of the International section of the separatist Catalan Solidarity for Independence movement told RT.

“In Spain they want to remove the autonomy of Catalonia by Article 155, but actually there’s no autonomy in Catalonia, because Catalonia decided not to be inside of Spain,” Folch said.

“They can say that they void the autonomy of Catalonia but it doesn’t matter for us, because we will follow our own law, our own institutions our own Catalan Republic.”
Such a stance sets Barcelona on a collision course with Madrid, which can now only use force to keep the want-away region within Spain, Folch stated. He added that the time for dialogue has passed as Madrid has rejected all offers for talks. 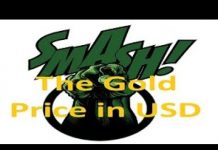