– Why Should We Be Surprised? We Were Warned Long Ago!

Back on October 6th we published a story on ANP in which we asked “Has Earth Arrived At The Threshold Of Catastrophe?” within which we reported there had been 380 different ‘mass animal death events’ in 2017 alone. These ‘events’ go on top of 3,298 KNOWN ‘mass animal death events’ that had happened between 2012 and 2016 according to the website End Times Prophecy, which has been keeping a running log of such events since 2012.

Now 3 weeks later, the ‘mass animal death events’ are up to 403 in 2017, a jump of 23 events in 22 days, and as we reported in that October 6th story, according to scientists and experts quoted in this October 2nd story over at Live Science, a 6th mass extinction may be inevitable for our planet Earth with warnings from them our planet may have arrived at the ‘threshold of catastrophe’. The ‘mass animal death events’ per year has been mind-boggling:

And while the Live Science story doesn’t mention Fukushima radiation at all as a possible reason that our planet is heading towards extinction, as we read in this story over at ENENews and has been confirmed by the Seattle Times, the Daily Astorian and NOAA, a recent government survey of the numbers of fish now living in the Pacific Ocean are absolutely stunning to scientists, one who claimed “We pulled that net up, and there was not a thing in it…this is really different than anything we’ve seen before”.

Other scientists actually questioned their equipment with claims they’ve never hauled a net through the ocean looking for salmon and found NOTHING! As we see in the excerpts below from several different sources, scientists say something is now happening in the region they’ve never seen before, and they are alarmed. From the ENENews story:

Seattle Times, Oct 9, 2017: Scientists survey Pacific Northwest salmon each year. For the first time, some nets are coming up empty — Scientists have been hauling survey nets through the ocean off the coasts of Washington and Oregon for 20 years. But this is the first time some have come up empty… In a report on their trawl survey, the scientists logged some of the lowest numbers of yearling Snake River spring chinook recorded since the survey began in 1998. Coho numbers were just as depressed… This year’s bizarre survey results all started with The Blob…

David Huff, NOAA Fisheries, Oct 9, 2017: “We were really worrying if there was something wrong with our equipment… We have never hauled that net through the water looking for salmon or forage fish and not gotten a single salmon. Three times we pulled that net up, and there was not a thing in it. We looked at each other, like, ‘this is really different than anything we have ever seen.’ It was alarming.”

Brian Burke, NOAA Fisheries, Oct 9, 2017: “Every year is different. But this year popped out as being really different… Not just a bunch of normal metrics that point to a bad ocean year, but the presence of these things we have never seen before, really big changes in the ecosystem. Something really big has shifted here.”

Daily Astorian, Sep 4, 2017: Warning signs for salmon… The numbers of young salmon caught off the Oregon and Washington state coasts during an annual federal survey cruise this June were among the lowest recorded in the past 20 years. In fact, numbers were low across nearly all the species researchers regularly catch or observe — from birds like the common murre to forage fish like anchovies and smelt…

NOAA, Sep 2017: Ocean conditions for salmon headed to sea this year are very poor, according to recent NOAA Fisheries research surveys… NOAA Fisheries research surveys off the Pacific Northwest this year turned up among the fewest juvenile salmon of any of the last 20 years, an indication that many of the young fish that migrated to the ocean did not survive… Catches of other species such as smelt, herring, and anchovy were also low… This year researchers noted that chlorophyll, which is a barometer of the plankton that helps sustain higher trophic levels, was at its lowest levels in 20 years…

Will the Technocratic Coup Succeed? 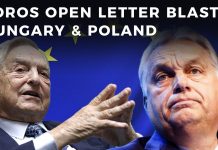