There are a lot of them. It’s called “crisis” for a reason.

What is the most severely unaffordable housing market in North America as measured by local household incomes in relationship to local home prices?

By this measure, I’m happy to report that San Francisco, which sports the highest median home price in the US at about four times the national median, is off the hook. It’s off the hook because median household income is $92,100. It’s only in third place of the most severely unaffordable housing markets. California has four cities in the top 10 — San Francisco, Los Angeles, San Jose, and San Diego — but none is number one on that honor roll.

Number one is Vancouver, Canada, with a median home price of $1.11 million and a median household income of $64,000 (all amounts in US dollars at the exchange rate effective at the time of the study).

Toronto, whose formidable housing bubble is now under pressure, is the second most unaffordable market in Canada with a median home price of $471,600 and a median household income of $62,600. But it’s only in 13th place overall.

In second place overall? New York City’s borough of Manhattan, with a median home price of $1.27 million and a median household income of $77,600. Brooklyn is in fourth place, Queens in 11th place, and the Bronx in 16th place.

This according to a study by Point2Homes. The study used the affordability ratio, or “median multiple” – a metric for evaluating urban markets – to determine the rankings. This “median multiple” is the local median home price divided by the local median annual household income before taxes. A higher ratio means that the market is more unaffordable.

These are the housing affordability ratings and the “median multiples” from the International Housing Affordability Survey 2017: 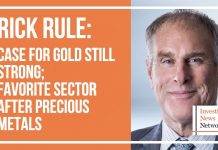