1969 seems like an arbitrary start year but it happens to be the year that I started my first job. No one could of course have predicted any of those returns. The previous 48 years from 1921 to 1969, the Dow only went up 9X but with higher dividends in that period the total return would still have been 10{5f621241b214ad2ec6cd4f506191303eb2f57539ef282de243c880c2b328a528} annually. Gold on the other hand only had one move up during that period from $31 to $45 in 1933 when the dollar was devalued. That is a meagre 1.5X increase. Due to the gold standard, those 48 years had relatively sound money and therefore limited credit creation with the exception of WWII.

Although history can be an excellent teacher, it tells us nothing about the future. Very few would have predicted a 23,000 Dow 48 years ago. So what will happen in the next 48 years. I certainly will not have to worry about that but my children might and my grandchildren certainly will. If I today gave my grandchildren a gift, would it be stocks or gold?

In spite of major drawdowns during the 1969 to 2017 period, the long term bull market in the Dow has continued until today when the money invested had multiplied 33X.

Thus based on history, the Dow should be 9X higher today than in 1969 or 6,300! So how is it possible that we are now seeing a Dow at over 23,000? Well, we have had the Wizards of Fake Money in the meantime who, with their hocus pocus, have created money out of thin air.

Little did I know in 1969 that Nixon two years later would change the destiny of the world for decades to come as the US came off the gold standard. By throwing off the shackles of a gold backed currency, there was no longer anything stopping the US government and the financial system from creating unlimited credit and printing infinite money. 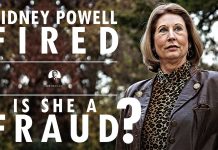