Jeff Bezos/Amazon is the poster-child for the degree to which this entire economic and political system is profoundly corrupt. – Investment Research Dynamics

Amazon stock made a big after-hours “shock and awe” move after it reported a huge headline “beat” of its Q3 earnings.  It’s a funny thing how the “beat the Street” game works.  Ninety days ago the consensus estimate for Q3 was $1.09, with one estimate as high as $1.59. The estimates were systematically “walked down” over the last 3 months to a mean estimate of 2 cents and a high-end estimate of 26 cents. This is how the game is played.

Make no mistake, the Company knowingly “guides” analysts down in order to engineer a “headline” surprise. This is how absurd this game has become. The “beat the numbers” game is one of the many frauds connected with corporate earnings reports. That said, AMZN’s EPS in Q3 2017 were the same as Q3 2016 – zero EPS growth. Bear in mind that GAAP acquisition accounting manipulation is heavily at play here.  Acquisition accounting enables a company to boost revenues and hide expenses.

Here’s just a cursory look at the “Devil in the details” (Short Seller Journal subscribers will get the in-depth, eye-opening analysis in the next issue released Sunday afternoon).

This should have been the quarter that AMZN literally “printed” GAAP income because the quarter included its highly touted “Prime Day” record sales.  Furthermore, AMZN should have been able to reap the benefits of merger/acquisition accounting from its Whole Foods acquisition.  M&A GAAP standards enable companies literally to manufacturer GAAP accounting profits.   I would suggest that Bezos’ price-cut strategy at Whole Foods has driven WFM’s operating margin toward zero (from 4{5f621241b214ad2ec6cd4f506191303eb2f57539ef282de243c880c2b328a528} pre-acquisition) – like the rest of Bezos’ consumer sales businesses.  But there’s more…

Without going into the monotony of GAAP tax rate accounting, suffice it to say that anyone who has taken a basic accounting course knows that the GAAP tax rate is highly arbitrary and a major source of EPS manipulation.  Again, the Devil is in the details… 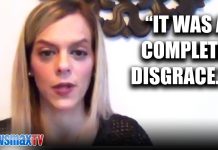 Poll watcher from PA speaks out 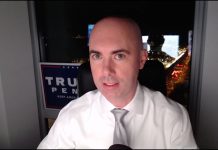