by Brandon Turbeville, The Daily Sheeple:

In early October, 2017, I had the pleasure of visiting Syria on a mission to get a sense of the toll of the war, the mindset of the people, and the general situation on the ground. The goal was to see the country in person, get a sense of what life is like in Syria today, talk to the Syrian people and hear their side of things; i.e. their opinions on the government and the “rebels/terrorists,” their living conditions, Syria before the war versus Syria now, and whatever else they wanted to share. We wanted to see the areas formerly under control of the terrorists and talk to the residents there. We also wanted to visit the areas firmly under government control and speak to the residents living in these areas as well.

Having covered the Syrian crisis for the entire six years of its duration, I had a pretty good sense of the opinions of the Syrian people and the situation they are facing as a result of numerous contacts inside Syria. However, there is no substitute for examining a situation first hand and talking with Syrians themselves with whom one has no prior personal connection as well as random strangers on the street in order to get an unfiltered response to the many questions we wanted to ask.

After having the chance to visit many of the places I had written about during the course of the crisis, everything I have written has now been confirmed first hand. I am now more convinced than ever that the “information” being spread across mainstream media outlets like CNN, MSNBC, FOX, and the rest are, quite simply, complete and total bullshit. There is no wonder Americans are so tragically ignorant of what is happening in Syria and the rest of the world when the constant barrage of media propaganda they are subjected to does nothing but promote claims and statements that are in direct contradiction to the facts.

The itinerary of the trip involved seeing a number of cities – Damascus, Aleppo, Homs, Tartus – and many smaller towns and villages in between.

Upon arriving in Damascus, the first thing that stands out is not the architecture or the traffic or even the fact that life has almost fully returned to the areas liberated by the Syrian military, but the people themselves. Many Americans, constantly tortured by media propaganda telling them that everyone in every foreign country hates them for freedom, religion, and short shorts, might be surprised to know that many of the people are intelligent enough to separate the American people from the American government even if Americans are not always intelligent enough to extend the same courtesy to them.

Regardless of the propaganda peddled to Western audiences, the Syrian people mark as some of the most welcoming, friendly, human beings in the world. From the first moment of entering the country, we were greeted by Syrian soldiers who, at virtually every checkpoint, welcomed us to Syria and then on to Damascus where the Syrian people expressed their famous hospitality. Everywhere we went for the entirety of the visit, we were greeted “Welcome to Syria” by soldiers, strangers, passersby on the street, business owners, and virtually everyone we came in contact with. The welcomes were clearly genuine. Everyone was obviously pleased and felt strangely honored that foreigners were visiting Syria and many expressed happiness that “tourists” were returning to Syria after six years of war. It was a sign that things are slowly returning to normal. 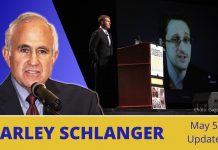