I don’t remember ever having seen crazier times of more pandemic proportions.

“It is the biggest scam ever, such a huge gigantic scam that’s going to blow up in so many people’s faces. It’s far worse than anything I was ever doing,” explained Jordan Belfort concerning ICOs (initial coin offerings) of cryptocurrencies. The former penny-stock broker portrayed by Leonardo DiCaprio in The Wolf of Wall Street should know: He spent 22 months in the hoosegow for securities fraud and money-laundering.

Just about anyone can call themselves a startup, make promises of future products or services, and sell digital tokens to raise funds. These digital tokens become tradable cryptocurrencies. Buyers do not receive any ownership of the startup, which is what traditional startup investors get. Instead they’re usually promised something in the future, such as free access to the service once available. It doesn’t really matter what the promises are because people buy the tokens to get rich, hoping that they’re getting into the hottest cryptocurrency on the ground floor. ICOs are not regulated and anything goes.

So far this year, there have been 202 ICOs that have raised just over $3 billion, according to the Financial Times.

Including those ICOs, there are now about 1,000 cryptocurrencies with a total market capitalization of around $170 billion, from bitcoin on down. Hundreds have fizzled, their value has evaporated, and trading activity has died. Whoever bought them has now become the end user of a useless digital token.

“Promoters [of ICOs] are perpetuating a massive scam of the highest order on everyone,” Belfort told the FT, though he conceded that many promoters may not have “bad intentions.”

[H]e said the techniques employed by ICO salespeople appeared to be similar to the “pump and dump” tactics used by boiler-rooms: get supply, promote aggressively, leak a little into the market, stir interest — perhaps via celebrity endorsements — then sell the rest before the price collapses.

“Everyone and their grandmother wants to jump in right now,” he said. “I’m not saying there’s something wrong with the idea of cryptocurrencies, or even tulip bulbs. It’s the people who will then get involved and bastardize the idea.”

Proprietary trading firms, which bet their own capital in markets from stocks to futures, are wading into bitcoin, ethereum, and other cryptocurrencies better known as a playground for small speculators and a haven for money-laundering.

DRW of Chicago, one of the world’s largest proprietary trading companies, has led the charge. About a dozen of its more than 800 employees buy and sell bitcoin at a subsidiary named Cumberland Mining, which was established in 2014.

Other firms have followed, including Jump Trading, DV Trading and Hehmeyer Trading + Investments, according to industry executives.

“The volatility in asset classes is at all-time historic lows – everywhere except for cryptocurrencies; so there’s obviously a lot of interest in this space,” Garrett See, CEO of DV Chain – the cryptocurrency affiliate of DV Trading – told a trading industry conference in Chicago last week.

Proprietary trading firms have jumped in, amassing large inventories and making markets for hedge funds, family investment offices, and wealthy individuals, according to the FT:

Such firms are renowned as high-frequency traders, using computing firepower and telecommunications hardware to execute deals in millionths of a second. But in cryptocurrency, they are conducting many of their trades with tools such as email, Skype and phones. 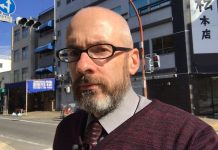