Featuring charts produced by the GOLD CHARTS R US market chart website, the BullionStar chart series focuses on a number of the world’s most important physical gold markets including China, Russia, India, Switzerland and the London gold market, and provides background and commentary on the selected charts.

Gold withdrawals from the Shanghai Gold Exchange network of precious metals vaults totalled 161.4 tonnes during August. These withdrawals are in the form of actual physical gold bars and ingots which leave the Exchange’s vaults and enter the downstream investment, jewellery and fabrication markets. Since most gold flowing through the Chinese gold market from the supply side to the demand side is traded through the SGE, this makes SGE Gold Withdrawals a suitable proxy for wholesale gold demand in China. See “Mechanics of the Chinese Domestic Gold Market” for more details.

The Bank of China (central bank of China) is still reporting official gold reserves of 1842 tonnes, a figure which has remained unchanged for many months now. But it is distinctly possible that the Chinese central bank has accumulated far more gold than it officially reports, and that its total gold holdings could be in excess of 4000 tonnes. See BullionStar Gold University article “PBoC Gold Purchases: Secretive Accumulation on the International Market” for more details. 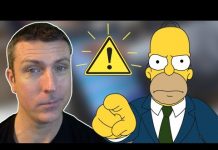