It’s the coldest, windiest, and (arguably) loneliest place on the planet: Antarctica. But did you know that the bottom of the world has a bar? And that large parts of Antarctica used to be a rain forest? There are a ton of Antarctica facts to learn about this desolate place – from information on its history that only scientists or the few rare tourists know, to its unique geography. Here’s a closer look at the secrets Earth’s newest continent has to offer.

There Are Mountains Under the Ice

In 1958, scientists made a startling discovery under the ice in Antarctica: mountains! The Gamburstev Mountains were discovered when scientists trekking across ice two miles thick suddenly found themselves on thin ice. Beneath the ice they found a mountain range with peaks 9,000 feet high, stretching for 750 miles.

Believe it or not, if you need some quick cash at the McMurdo Station – the largest scientific research station on the continent – you’re in luck because Wells Fargo installed two ATMs there in 1998. McMurdo is essentially a small town, with coffee shops, a general store, a post office, etc. This closed micro-economy needs cold hard cash to function properly. Only one of the two machines is operable at any given time, and the trustworthy crew at McMurdo has been trained to repair the machines – swapping parts back and forth if need be. 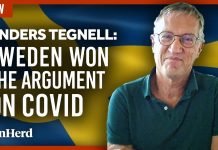