The battle over the presidency of the United States is becoming the core battle which will determine the fate of civilization as we know it. We are experiencing historical changes in the world, as the financial empire centered in London and New York teeters toward catastrophic collapse. The financial lords are no longer able to restrain their own players from warning that the collapse is imminent, as former German Finance Minister Wolfgang Schäuble said last week in reflecting on the mass of liquidity papering over the escalating debt bubble — which he himself helped create. The only escape lies in President Trump fully implementing the policies he has enunciated: Glass-Steagall reorganization of the financial system while writing off the artificial debts and generating new credits for the real economy; fully joining the New Silk Road process of directing national and international credit into true nation building, including within the United States; renewing the American dedication to the frontiers of human knowledge, through a revived space program, full-scale nuclear power production and escalation of fusion power research. These concepts, which Lyndon LaRouche has promoted through his Four Laws, are both within reach, and urgent.

Against this, the British and their assets in the U.S. are frantically trying to oust Trump from office, which is the only way they believe the momentum for a true paradigm change can be stopped. Over the past week, the LaRouche Political Action Committee has distributed our 32-page dossier exposing the crimes of Special Counsel Robert Mueller to nearly all members of Congress. Immediately the rumor mills and leak outlets began chattering about proposals to take on Mueller directly. On Friday, 19 U.S. Congressmen sent an open letter to the heads of the House and Senate Judiciary Committees calling for immediate Congressional hearings into the “possible conflict of interest and allegations of political bias” of Mueller. Sen. Chuck Grassley, who heads the Senate Intelligence Committee, and House Intelligence Chairman Devin Nunes are both waging fights with the intelligence community for blocking their efforts to investigate the role of former MI6 agent Christopher Steele in launching the entire Russia-gate scam against the President. Maximum pressure from the American people is required to escalate this resistance to the attempted coup against the nation coming from London.

The U.S. mass media are in full support of this British-instigated coup, peddling claims that the President is unfit for office, with several calling for Article 25 of the Constitution to be invoked to remove him from office on the grounds of mental disability. It must be noted that these same press were silent when President Obama committed crimes against humanity in the destruction of Libya and Syria, in league with al Qaeda, or when he turned the nation’s policy making over to drug-running financial institutions, and legalized the use of mind-destroying drugs.

Today, Secretary of State Rex Tillerson appeared on CNN and CBS Sunday talk shows, expressing his total disgust with the petty, degrading garbage that fills the 24-hour news cycle in the United States, while ignoring the world-historical changes taking place worldwide, which deserve and demand full attention. When pushed to attack the President, he responded: “The President’s a very unconventional person, as we all know, in terms of how he communicates, how he likes to create action-forcing events. And so the President often takes steps to force an action when he feels things are just not moving.” He expressed his full support for Trump and his policies, refuting the lies about his being undermined by the President. 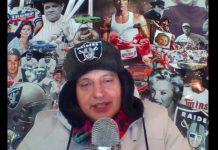