Month after month, year after year, the mighty King Dollar is slowly being weakened, its monopolistic grip as the fiat reserve currency of the world steadily lessening. To many, this reality passes them by, as they are blissfully ignorant to the facts, living their lives without knowing the true ramifications that this will have on their lives.

People have simply taken for granted the reality that they live in and the power that comes along with having the unique status of “reserve currency of the world”. This has granted the United States the ability to expand its empire and military might, despite the fact that it is utterly bankrupt, with its debt levels just recently exceeding the stunning $20 trillion mark. This is a debt that will never be repaid.

Yet, it has not just been the United States that has benefited. Their closest allies have also experienced a trickling down effect and benefited from the close relationships they have formed with their ally and chief trading partner.

Indeed, it has been a good ride, but like all rides, eventually they must come to an end. This is exactly where we stand now. The ride is slowing down and not because the passengers want to get off, but because those waiting in line are demanding their turn.

China and Russia have been increasingly growing closer and closer as the years go on. They have been forced into this uncanny partnership due to the numerous economic sanctions placed on Russia and the ratcheting rhetoric used against China.

This partnership is not one that should be overlooked, as these two economic powers possess a stunning amount of not just military force, but also natural resources – the latter of which they continue to gobble up from lesser nations at a feverish pace.

Two resources that both countries desire, seemingly above all else, are oil and gold.

Russia, luckily, has a massive reserve of oil under the ground, being the world’s largest producer of oil in the world , and China needs it to keep its economic engine running. Both have large reserves of gold both in the ground and in stockpile.

Therefore, it comes as no surprise to anyone following this story to see that both countries are once again moving even closer together, supplanting the need to settle in USD, and establishing the first ever Yuan to Ruble payment system .

This has to have the United States government and the elites who control the fiat based system worried. The need to have US dollars, also known as the “Petro Dollar”, is what drives their might and power.

They cannot have countries simply abandoning this system haphazardly and setting up their own payment methods, and this is exactly what has led to so many countries in the middle east being ransacked for even thinking about doing so. 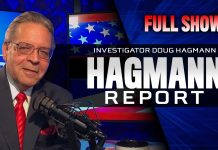