Back on June 29, 2016, Obama’s Attorney General, Loretta Lynch, tried to convince us that the following ‘impromptu’ meeting between herself and Bill Clinton at the Phoenix airport, a private meeting which lasted 30 minutes on Lynch’s private plane, was mostly a “social meeting” in which Bill talked about his grandchildren and golf game.  It was not, under any circumstances, related to the statement that former FBI Director James Comey made just 6 days later clearing Hillary Clinton of any alleged crimes related to his agency’s investigation.

Not surprisingly, following the above media clip several concerned watchdog groups filed FOIA requests seeking any and all DOJ and/or FBI documents related to what was either (i) a really poorly timed meeting, in the best case, or (ii) a clear attempt by a former President of the United States to apply leverage over the current Attorney General to obstruct justice and get his wife elected President, in the worst case.

Now, after originally being told by the FBI there were no documents to produce in response to their July 2016 FOIA request, Judicial Watch is now reported that nearly a year and a half later they’ve suddenly found some documents that may be relevant.  Meanwhile, as if that isn’t bad enough, the FBI apparently needs 6 weeks to produce a measly 30 pages worth of records.  Here’s more from Judicial Watch:

Judicial Watch was informed yesterday by the U.S. Department of Justice (DOJ) that the FBI has located 30 pages of documents related to the June 27, 2016, tarmac meeting between former Attorney General Loretta Lynch and former President Bill Clinton, and proposes non-exempt material be produced no later than November 30, 2017 (Judicial Watch v. U.S. Department of Justice (No. 1:16-cv-02046)).

The new documents are being sent to Judicial Watch in response to a Freedom of Information Act (FOIA) lawsuit filed after the Justice Department failed to comply with a July 7, 2016, FOIA request seeking the following:

Expressing the frustration that this revelation likely invokes for many Americans, Judicial Watch President Tom Fitton described the FBI as “out of control” and said it’s “stunning that the FBI ‘found’ these Clinton-Lynch tarmac records only after we caught the agency hiding them in another lawsuit.” 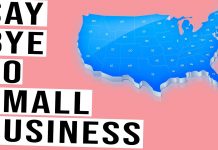 Senator Wyden Calls Mnuchin’s Grab of CARES Act Money “Sabotage.” Wyden Has a Right to be Suspicious of Mnuchin