The US Dollar has had a wonderful run in its life time. Not too many fiat currencies have had the ability to sustain its usage for as long as this mighty experiment has and all who have reported on this instrument of trade are pretty much pointing to the same outcome that it can’t last much longer.

Today, the US Dollar trade sits at 93.55 down 8.6 points in the early morning on this Columbus Day. Not too long ago the dollar broke thru a multiyear downside target of 91.88 which originally happened in May 2016, just before we all went thru the election cycle and surprise of a lifetime, MAGA! That is until we hit a newer low of 90.795 on Sept 8th, 2017 which was just 1 week before the Triple Witch Roll Over (which includes the rolling over of all US debt as well as rolling out of the G7 currencies).  It is also the end of the fiscal year for the United States Government (Sept 30), and another point of interest, the beginning of the Chinese National Golden Week.

Since these events have occurred we have witnessed nothing but a lull in all things trade-able. We even had an eclipse that covered almost all of United States and since that event, our side of the planet has had numerous catastrophic weather events surrounding the “New World” with the USA, Mexico, Cuba, The Virgin Islands, Puerto Rico, Tortola, and countless other islands. These people living in these areas have had life altering changes in infrastructure and livelihood, yet, when it comes to the markets, all we get is float.

Hundreds of billions of dollars (and possibly topping a trillion) have been lost in all things from daily life to all the jobs that are needed to have one. Yet, our stock market has done nothing but continue to rally as if the consequences that have affected millions of citizens no longer matter. What are we watching here in the markets when we have so much at stake and yet nothing works like it did in the past?

We can go back to when the Working Group on Financial Markets came into play and start there because the sole purpose for the creation of the “un-recordable and no transcripts to review” team of bankers, was to make sure the stock market would never have a major correction again that would wipe out traders on the wrong side. But then again, this creation was simply another support mechanism created to hold up the Dollar value after the Federal Reserve was created 75 years before and only 17 years after Nixon removed the dollar from its peg on gold. What we may be witnessing is the complete separation of all things humanity from the markets. Can it be that the market makers have finally made a market that no longer matters to you and me? The answer of course is yes because all emotions have been negated.

Gold, the money of kings and kingdoms, is still sitting just below $1,300 with no possible chance of going higher while the Working Group continues to vibrate without anyone else knowing what they are doing or how they do it. Silver, the money of the people, is under the same influence and is still below $17. These 2 commodities use to be the barometer in which investors could measure the amounts of money being printed and the fears generated by governments run amuck but that too is no longer working.

We watch Open Interest in the precious metals, we watch deliveries, we keep an eye on production numbers globally but these stats point to shortages in the products yet the prices remain stable. What gives? One thing for sure, it’s not a reality we can live with for much longer. 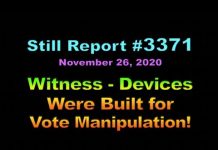