Over the third quarter and into the fourth, several short term incidents have struck the Mexican gold and silver mining industry…

September 19th is one of those days that forever changed Mexico. We suspected this could have immediate effects on silver’s just-in-time inventory.

Whether long-term silver and gold mining operations are affected by the disaster is still being determined, however, several incidents of late show just how precarious and needed physical gold and physical silver are, and how much Mexico plays such a crucial role in bringing metal to market.

Over the third quarter, Endeavour Silver reported lower production in Q3 in 2017 compared to Q3 in 2016.

Vancouver, Canada – October 10, 2017 – Endeavour Silver Corp. (TSX: EDR, NYSE: EXK) reports its production results for the Third Quarter, 2017 from the Company’s three silver-gold mines in Mexico: the Guanaceví mine in Durango State and the Bolañitos and El Cubo mines in Guanajuato State. Silver production in the Third Quarter, 2017 was 1,262,064 ounces (oz) and gold production was 13,648 oz resulting in silver equivalent production of 2.2 million oz using a 70:1 silver:gold ratio.

In addition to the year over year decline in Q3 silver production, there have been a couple of incidents over the last couple of weeks. First, four miners died from gas intoxication at La Encantada silver mine.

The accident occurred as part of the construction of the 790 ramp at the La Encantada mine. A total of four miners lost their lives due to gas intoxication which accumulated in the area. There was no explosion as other media sources have reported. It is believed the operator of a scoop tram lost consciousness while mucking the area. Three additional miners later arrived to the scene to provide assistance to the ill miner. The four men were carrying all required personal protection equipment, including safety belt breathing apparatuses, but sadly did not use the equipment. The emergency response crew was dispatched and successfully extracted the four miners before transporting them to the local hospital where they were later pronounced deceased.

“Our thoughts and prayers are with the families during this tragic time,” said Keith Neumeyer, President and Chief Executive Officer. “Safety is a top priority at First Majestic and we will continue to work to prevent such accidents from occurring.”

The accident is being investigated by the Company and Mexican authorities. The workers’ families have been notified. Immediately following the accident, First Majestic chose to cease mining operations at the mine in order to focus attention on the response and to provide support to the families of the deceased. The Company expects to resume mining operations on October 4, 2017 but the 790 area will remain closed until the investigation is completed. 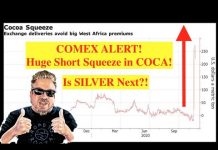