The international whistleblower coalition WikiLeaks who have had their sights on the CIA, pivoted their focus to Russia’s own surveillance, offering a look at technical details of how Moscow spies on its citizens’ mobile data online.

The 35 documents in the WikiLeaks “Spy Files Russia” dump pertain to a St. Petersburg-based company called Peter-Service, a software and technology vendor that contracts on Russian government surveillance projects dated between 2007 and 2015. Several of the documents describe how Peter-Service participates in Russia’s digital surveillance operation known as System for Operative Investigative Activities (SORM).

“A lot of people try to uncover things about SORM,” Andrei Soldatov, a Russian journalist told Wired. “So any new technicalities are good. There is some surveillance equipment which is installed on the premises of telecoms and ISPs, which is pretty well described because it’s produced by commercial companies. We know pretty much all about those things. What is a big mystery is what’s going on on the end of the FSB, not just in Moscow, but in every Russian town, because every local branch of the FSB has this equipment and is connected to the local ISPs.”

This latest release comes after countless baseless claims made by public figures and the mainstream media that WikiLeaks and its founder Julian Assange are influenced or controlled by the Russian government, as the organization has put a lot of focus on exposing U.S. secrets.

The alleged leak shows that Peter-Service is installing software infrastructure all over Russia, thanks to governmental approval, which allows Russian state agencies to spy on its citizens’ online and mobile activity.

PETER-SERVICE is uniquely placed as a surveillance partner due to the remarkable visibility their products provide into the data of Russian subscribers of mobile operators, which expose to PETER-SERVICE valuable metadata, including phone and message records, device identifiers (IMEI, MAC addresses), network identifiers (IP addresses), cell tower information and much more. This enriched and aggregated metadata is of course of interest to Russian authorities, whose access became a core component of the system architecture.

Former NSA Whistleblower Edward Snowden who is living in Russia and has previously criticized Russia for its own spying on citizens chimed in tweeting, “Plot twist: @Wikileaks publishes details on Russia’s increasingly oppressive internet surveillance industry.”

“PETER-SERVICE claims to already have access to a majority of all phone call records as well as Internet traffic in Russia,” WikiLeaks wrote. One document revealed that the company has access to specific information about your phone and your online payments if you live in Russia.

Under Russian law service operators must maintain a Data Retention System (DRS) that requires them to store data for up to three years. 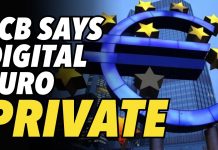