Much of what you thought you knew about the events leading up to the arrest of Debbie Wasserman Schultz’s former, and now indicted, IT staffer Imran Awan just got upended by a new revelation from the Daily Caller which reported that his wife, Hina Alvi, filed a lawsuit against her husband in Pakistan accusing him of fraud.  If true, of course, this would raise questions of whether Alvi might seek, or already has, an immunity deal with the FBI in return for additional evidence and/or testimony related to her husband’s misdeeds.

As you may recall, Alvi reportedly fled the U.S. to Pakistan back in March and was temporarily detained by U.S. Customs officials when they discovered $12,000 in unreported cash in her luggage.  While moving that amount of cash is technically a felony, Alvi to was ultimately allowed to leave the country, presumably to never return.

That said, Alvi stirred rumors that she may have ‘flipped’ last month when she struck a deal with the FBI to return to the U.S. to appear at an arraignment…rumors that have seemingly now been confirmed by the Daily Caller.

The indicted husband-and-wife team of former IT aides to Democratic Rep. Debbie Wasserman Schultz sat directly across from each other at the defendants’ table in federal court Friday in Washington, D.C., but refused to look at each other.

Even as they are co-defendants in a U.S. case, Imran Awan’s own wife, Hina Alvi, has become the latest person to accuse him of fraud, filing papers against him in Pakistani court on Sept. 13, records obtained by The Daily Caller News Foundation show. Alvi said Awan “threatened the complainant of dire consequences, he also threatened to harm the lives of family of the complainant if she intervenes.”

Yet the couple entered and left the court separately, have different lawyers, and Awan’s lawyer told the judge that the husband and wife are staying “in a one-bedroom apartment and then also a house.” The Pakistani legal papers say they live in separate towns there, too.

“My husband Imran Awan son of Muhammad Ashraf Awan, committed fraud along with offence of polygamy,” she charges in the papers.

After TheDCNF sent Gowen a copy of a Pakistani news article mentioning the complaint and asked him for comment, Gowen said “your story is totally false” and “clearly part of your Trump agenda.” At TheDCNF’s request, Wajid Ali Syed, a correspondent for Pakistan’s Geo TV, then obtained Alvi’s filing in full from the Pakistani court, and it is posted below.

And here is Alvi’s statement as filed along with her lawsuit in Pakistan:

Meanwhile, within the lawsuit, we also learn that Alvi apparently only learned of Awan’s second marriage over the summer, a full two years after he was married in August 2015.

Respondent has contract a second marriage on 17-08-2015 with one Mst. Sumaira Shehzadi alias Sumaira Siddique… without obtaining prior permission. Rather he mentioned himself as bachelor in… marriage certificate, he falsely declared that he has no wife or biological children at the time of contracting second marriage. This act of the respondent was shocking for the complainant and she asked the respondent about his second marriage on which he became furious while admitting the same and said he has no need to obtain permission from the complainant.

The Pakistani legal motion filed by Alvi states: “A few months ago I got apprised of the fact that my husband has contracted second marriage secretly, fraudulently and without my consent with Mst. Sumaira Shehzadi Alias Sumaira Siddique Daughter of Muhammad Akram r/o Township, Lahore. The second marriage of my husband is illegal, unlawful and without justification.”

“The court has recorded the testimonies of the applicant and other witnesses,” the Pakistani news outlet ARY reported.

Of course, if the name Sumaira Siddique sounds familiar at all it’s because she is the woman that the Daily Caller previously reported had filed charges against Awan for domestic abuse and keeping her locked up in the house “like a slave.” 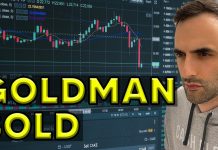