There was a break-in at Stephen Paddock’s Reno home on Sunday. Local police say they were called to the home by a neighbor who says they saw the lights on.

FBI agents returned to search a house in Reno owned by Las Vegas shooter Stephen Paddock after local police told them that someone had broken into the home over the weekend.

Reno police officer Tim Broadway told The Associated Press, “Nobody really saw anything, just a light was on with nobody in the residence.”

Broadway said officers discovered that “someone had broken into the house” and he immediately contacted the FBI.

He added that the suspects broke into the home through the front door over the weekend, but said he was not sure exactly how they gained entry. Police are not aware of any damages or anything that was stolen.

There are no suspects at this time or any descriptions of a suspect.

At a news conference Tuesday afternoon, Investigators said they found five handguns, two shotguns and a “plethora of ammunition” and electronics. The house is being treated as a potential crime scene.

At least some of the guns found on Paddock’s properties had been bought at the Cabela’s store in Verdi.

We can’t even trust the FBI at this point so who knows what really happened with this ‘break-in’.

The current Head of the FBI in Las Vegas was appointed by former FBI Head and now admitted leaker James Comey. Is this why the investigation is such a mess?

The investigation into the events and the motive behind the Las Vegas shooting last Sunday night is in flux. To date no motive is provided by the FBI and local police.

Last week a press conference was held jointly by the FBI and the local Sheriff in Las Vegas concerning the recent murder of at least 59 people in that city.  The Sheriff appeared transparent in the information he supplied.  But the major question that everyone wanted to know was – why did the killer do it?  What was his motive? 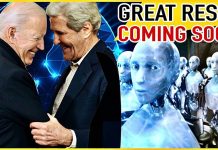