From the world of science – as opposed to grant-troughing junk science – two more studies confirming that the man-made global warming scare is a myth.

One, a study by Scafetta et al, published in International Journal of Heat and Technology, confirms that the “Pause” in global warming is real – and that “climate change” is much more likely the result of natural, cyclical fluctuations than man-made CO2 emissions.

The period from 2000 to 2016 shows a modest warming trend that the advocates of the anthropogenic global warming theory have labeled as the “pause” or “hiatus.” These labels were chosen to indicate that the observed temperature standstill period results from an unforced internal fluctuation of the climate (e.g. by heat uptake of the deep ocean) that the computer climate models are claimed to occasionally reproduce without contradicting the anthropogenic global warming theory (AGWT) paradigm. In part 1 of this work, it was shown that the statistical analysis rejects such labels with a 95{5f621241b214ad2ec6cd4f506191303eb2f57539ef282de243c880c2b328a528} confidence because the standstill period has lasted more than the 15 year period limit provided by the AGWT advocates themselves. Anyhow, the strong warming peak observed in 2015-2016, the “hottest year on record,” gave the impression that the temperature standstill stopped in 2014. Herein, the authors show that such a temperature peak is unrelated to anthropogenic forcing: it simply emerged from the natural fast fluctuations of the climate associated to the El Niño–Southern Oscillation (ENSO) phenomenon. By removing the ENSO signature, the authors show that the temperature trend from 2000 to 2016 clearly diverges from the general circulation model (GCM) simulations. Thus, the GCMs models used to support the AGWT are very likely flawed. By contrast, the semi-empirical climate models proposed in 2011 and 2013 by Scafetta, which are based on a specific set of natural climatic oscillations believed to be astronomically induced plus a significantly reduced anthropogenic contribution, agree far better with the latest observations.

Note also that it says the computer-modelled predictions of climate doom relied on by all global warming alarmists to support their thesis are wrong.

The second study, by Hodgkins et al, published in the Journal of Hydrology, concerns flooding in North America and Europe.

What it shows is that, contrary to the claims often made by climate alarmists, there has been NO increase in flooding due to “global warming” or “climate change.”

Flooding events, it shows, have more to do with chance than any noticeable long term trend. It finds no link between flooding and “global warming.”

Concern over the potential impact of anthropogenic climate change on flooding has led to a proliferation of studies examining past flood trends. Many studies have analysed annual-maximum flow trends but few have quantified changes in major (25–100 year return period) floods, i.e. those that have the greatest societal impacts. Existing major-flood studies used a limited number of very large catchments affected to varying degrees by alterations such as reservoirs and urbanisation. In the current study, trends in major-flood occurrence from 1961 to 2010 and from 1931 to 2010 were assessed using a very large dataset (>1200 gauges) of diverse catchments from North America and Europe; only minimally altered catchments were used, to focus on climate-driven changes rather than changes due to catchment alterations. Trend testing of major floods was based on counting the number of exceedances of a given flood threshold within a group of gauges. Evidence for significant trends varied between groups of gauges that were defined by catchment size, location, climate, flood threshold and period of record, indicating that generalizations about flood trends across large domains or a diversity of catchment types are ungrounded. Overall, the number of significant trends in major-flood occurrence across North America and Europe was approximately the number expected due to chance alone. Changes over time in the occurrence of major floods were dominated by multidecadal variability rather than by long-term trends. There were more than three times as many significant relationships between major-flood occurrence and the Atlantic Multidecadal Oscillation than significant long-term trends.

A few take-home points from these studies.

Two, the alarmists hate it when you point this out. After my Breitbart piece Global Warming is a Myth, Say 58 Scientific Papers in 2017, an alarmist website published a supposed expert rebuttal by leading climate scientists. The problem was, of course, that all the “experts” involved were members of the alarmist cabal who pal-review one another’s papers and who ruthlessly shut out of the debate any scientists who dare to disagree with them.

Three, the alarmists know the jig is up and have done for some time. But in the interests of damage limitation they’re trying to drip out their corrections (aka admissions of error) slowly – and on their terms – rather than allow any hated skeptics (like yours truly) the chance to crow.

This is what happened after that bombshell paper released in Nature Geoscience last month by leading climate alarmists including Oxford University’s Myles Allen. Buried beneath its misleading and dull abstract was an extraordinary admission: that their computer models had wildly overestimated the effects of carbon dioxide on global warming.

Which in turn means, of course, that the entire AGW scare (which relies above all else on those computer models) is bunk and that really – “Big Mac meal with Coke, 5 chicken select, curry dip and two large teas, thanks Myles” – it’s about time these taxpayer-funded Chicken Littles did something useful with their lives for a change.

But when journalists pointed this out, the alarmists responded by attacking the journalists, supposedly for having misrepresented their paper. Yeah right. Look guys, if a dodgy company – say Enron Inc – releases its annual report with a summary that says: “Good news. Our profits are up again and our prospects are better than ever” but on closer examination of the company accounts this turns out to be drivel, it is not the job of journalists to report that rosy executive summary, however much Enron/Global Warming Inc might prefer it.

Let’s get something absolutely clear about this global warming debate. (I may have mentioned this before but it’s worth restating). Anyone at this late stage who is still on the alarmist side of the argument is either a liar, a cheat, a crook, a scamster, an incompetent, a dullard, a time-server, a charlatan or someone so monumentally stupid that they really should be banned by law from having an opinion on any subject whatsoever.

And that’s just the scientists.

The parasitic industry profiting from all that junk-science nonsense the alarmists keep pumping into the ether is even worse. 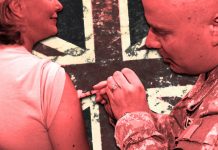