Last week Moscow was visited by Saudi ruler Salman bin Abdulaziz Al Saud accompanied by an entourage of a hundred people carried out in order to hold meetings with Russia’s President Vladimir Putin and Prime Minister Dmitry Medvedev. Several rounds of negotiations were held with the Crown Prince and Defense Minister Mohammed bin Salman, the Foreign Minister of Saudi Arabia, the Minister of Energy along with the head of the sovereign foundation of the Kingdom who is in charge of Riyadh’s overseas investments. From the beginning it was clear as to why the Saudi king would decide to come to Moscow for the first time since 1926. Only two matters are of any importance to Riyadh today: Iran and its policies in the region and collective oil pricing. Everything else is treated as secondary concerns by Saudi Arabia.

The Saudis do fear Tehran, since they believe that Shia influence is growing across the region, as the Islamic Republic of Iran implements a plan to create a Shia arc that would unite Iran, Iraq, Syria, Lebanon, Bahrain, Yemen and the Eastern Province of Saudi Arabia that is home to a Shia minority. Riyadh is truly concerned about the close bilateral relations that exist between Russia and Iran, especially in the field of military cooperation. For over a decade Riyadh has been trying to persuade Moscow to cut all military ties with the Islamic Republic of Iran in exchange for massive purchases of arms that were allegedly to be made by Saudi Arabia in Russia. When Moscow supported anti-Iranian sanctions within the UN framework in 2010 and refused to fulfill its obligation to deliver S-300 anti-air systems to the armed forces of Iran, Saudi Arabia failed to fulfill its own obligations. Predictably, there’s been no other investments from Saudi Arabia in other areas of the Russian economy.

In 2013, Russia was visited by the head of Saudi special services, Prince Bandar who promised President Putin to “neutralize” all terrorist threats during the Sochi Olympics and authorize the purchase of Russian weapons in Saudi Arabia, along with investing billions of dollars in the Russian economy. In exchange he wanted Russia to abandon its support of Iran, especially in Syria. Regardless, Russia’s south still saw an abrupt increase in terrorist attacks.

The development of economic ties with Saudi Arabia has been lobbied for by the Russian Direct Investment Fund under Vneshekonombank, which was created to attract investments from the Arab countries of the Persian Gulf (GCC). For six years, its head would travel across the six GCC member states, but all he was able to receive were empty promises from a number of officials, including those from Saudi Arabia, the UAE, Qatar and Kuwait. And it was not until early 2017 that Russia’s standing with the GCC states began to improve, primarily due to the agreement on the regulation of oil prices between Moscow and Riyadh that was struck within the OPEC framework. A big role in this was played by Russia’s Minister of Energy Alexander Novak who eventually helped arrange King Salman’s possible visit to Moscow. The visit was also triggered by an internal crisis within the GCC which broke out last June. Saudi Arabia, the UAE, Bahrain and a number of Arab countries abruptly broke all ties with Qatar, accusing it of supporting terrorism and extremism. The defeat that foreign-sponsored militants suffered in Syria has also played a role in this visit, as did the failures of the Saudi military coalition in Yemen, where the Iranian-backed Houthis have managed to organize fierce resistance. All of these factors continue draining Saudi Arabia’s treasury.

US President Trump stopped Riyadh from staging a coup d’etat in Doha, forcing Riyadh to play the Russian card yet again. Yet still, no serious analyst can believe that Saudi Arabia, whose security depends on the US, would seek any serious cooperation with Moscow. Washington has been keen to bring down Putin and the political order he represents at any cost, and it’s unlikely that it will allow Russia’s economy to be buoyed by financial investments from Saudi Arabia.

The strategic task of Saudi Arabia is the maximum isolation of Iran, which means that Riaydh is engaged in yet another attempt to lure Russian leaders with generous promises in attempts to achieve some sort of distance between Moscow and Tehran. To achieve this goal, the Saudis are ready for an enormous bluff. Most likely, they do not need Russian anti-air systems, which the Saudi king promised to purchase. But if the purchases may allow Saudi Arabia to achieve its main task – why wouldn’t they buy the S-400 systems? Moreover, the Saudis can also agree to a Russian zone of influence in Syria if Iranian elements are to be forced out of this state completely. 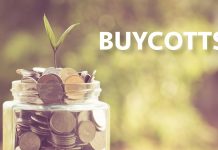 Who’s Up For Another Garbage Poll Showing Massive Approval Numbers For Joe Biden?