It was a summer fit for the start of the Epocalypse followed by a fall where every event leans into Halloween. Summer began with a total solar eclipse that cast a long shadow across the nation from sea to shining sea, and fall began with hurricanes, mass bloodshed and fire. And through it all, the stock market barely blinked.

I watched a total solar eclipse for the first time. I had seen a 98{5f621241b214ad2ec6cd4f506191303eb2f57539ef282de243c880c2b328a528} eclipse once before, but the difference made by the final 2{5f621241b214ad2ec6cd4f506191303eb2f57539ef282de243c880c2b328a528} that I saw this time was literally all the difference between night and day. I discovered by experience why the ancients saw this spectacle as an omen portending the demise of a king or end of a dynasty. Evening triumphed over the earth in the middle of morning, but it was an eery, otherworldly, preternatural kind of evening, for the far horizon glowed almost white in a circle all around my world as if it was sunset everywhere. The sky grew darker toward the center where the stars were pooled in midnight blue. The birds stopped singing, and the crickets in the fields around me began to hum. Then the sun, which had been slowly dimming, transfigured in an instant into a pitch-black hole in the sky with long streamers of silver fire coming out of it — a change so sudden and a hole so large that it startled me. It was both horrific and beautiful, and I could see where it would have easily looked to the ancients like a portal to Hades.

I didn’t really expect the summer to live up to all the meanings that have been loaded into an eclipse, but this one did. I expected the summer to be fairly normal but with increasingly evident economic fractures and an increase in strife — politically and physically — but this summer exceeded those expectations in other ways. First, North Korea detonated a hydrogen bomb and used that display to overtly threaten to destroy US cities if the US does anything its tin-hat dictator finds overly aggressive — “anything” being a rather vague term to cover the conditions that might trigger a nuclear holocaust. To that the US president replied with something about raining fire and fury upon the DPRK such as the world has never seen.

Becoming particularly reckless, North Korea volleyed back with what could have been considered an act of war by flying its first intercontinental ballistic missiles directly over its arch enemy, Japan. (The fact that the missile wasn’t shot down by Japan or the US is probably due to inability, rather than patience. After all, how could anyone really knowwhether the missiles were armed with nuclear warheads or whether fuel would be cut off prematurely, suddenly changing the trajectory downward to Japan? So, for either Japan or the US to say they didn’t shoot down the missile because they knew this was not an act of war but just a threat and a test borders on ludicrous when entire cities are at risk if that calculus is wrong.) The president threatened back with total annihilation of North Korea, but then provided us with a surreal calm by smiling as he said that all of this is just the “calm before the storm” as we shall soon all see.

As the Korean Missile Crisis was developing, the Pacific Northwest and California caught on fire, shrouding entire states in smoke for the entire remaining summer during which the sun and moon were oft’ times blood red and barely seen — reminiscent of the summer’s eclipse — and the stars oft’ did not shine at night. Even soggy Seattle broke its record of 52 consecutive days without rain as ash from across the state dusted the city.

Then, just as the smoke from the summer fires started to settle, two back-to-back catastrophic earthquakes ripped open wounds in the United States’ neighbor to the south. Not to leave the US free of castrophe as the fires abated, nature pounded the country’s southern and eastern flanks with three massive hurricanes followed by a lesser encore last week from Nate, the fourth and paler horseman of this hurricane holocaust. The first three recked huge economic damage, mass exodus in the millions and emotional upheaval. People are still fleeing Puerto Rico, many for good. And hurricane season is not yet over, prompting one to wonder what further wickedness may still this way come.

In all, not bad for the summer of our raging discontent during which Republicans failed at all their promises, and social outrage continued to spread across the land. And then came fall with an equally fiery start. As if nature and tin-pot depots had not done enough, the nation experienced the most deadly lone-gunman massacre in its history. (At least, the gunman acted alone so far as we know at this point.)

Even as national mourning over that horror continues, a California firestorm blew up out of nowhere this weekend, catching local residents by total surprise. Already 1,500 homes, businesses and other structures in multiple areas of northern California have been consumed with ten lives lost and many others injured. Forests and vineyards and housing developments scattered across eight counties went up in flames.

Late Sunday night, Ken Moholt-Siebert noticed the smell of the smoke from his Santa Rosa vineyard just off Highway 101. It was not until midnight that he spotted the flames: a small red glow growing a couple of ridges to the east, off Fountaingrove Parkway. He ran up the hill on his property to turn on a water pump to protect the ranch his family has been raising sheep and growing grapes on for four generations. Before the pump could get the water fully flowing, a small ember from the Tubbs fire landed nearby. With the wind picking up, the ember sparked a spot fire about 50 feet in diameter. Then it was 100 feet in diameter. “There was no wind, then there would be a rush of wind and it would stop. Then there would be another gust from a different direction,” Moholt-Siebert, 51, said. “The flames wrapped around us.” He ran for cover. “I was just being pelted with all this smoke and embers,” he said. “It was just really fast.” (LA Times)

While the fires (more than fourteen known so far with numerous other hot spots detected) are just beginning — a literal firestorm driven by seventy-mile-per-hour gusts of wind — they already rival the most savage conflagrations in the state’s history. Governor Brown has been quick to declare a state of emergency, and drought-stricken areas that are choking in smoke and writhing in flames are now in exodus just as rain-soaked hurricane regions of the US were only weeks before. A large northern swath of Santa Rosa is under evacuation orders as are many smaller communities. Even hospitals are being evacuated, and many evacuation centers have already reached full capacity. With nature being so unrelenting toward the US, one wonders what winter storms will bring.

It seems like every week since the eclipse has brought with it a new catastrophe in or around the US. Some people wrung their hands throughout the hellish summer and into fall’s freakish followup as they listened to others preach and postulate or prophesy (depending on your persuasion in how you look at such things) that all of this was sent by a higher authority than the president.

Nevertheless, through all of this, stocks have bobbed merrily along as if nothing is happening around them. And that is what I find most freakish of all! Even so, it is not surprising so much as it is a deeper revelation of how completely rigged the market is by central banks. 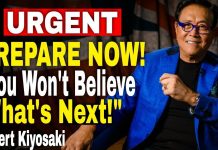