Numerous witnesses reported gunfire from multiple locations – and the acoustics indicate several, overlapping firearms according to veterans of Delta Force, Navy SEALs, Green Berets and other military outfits that Infowars spoke to who have first-hand experience in firefights with automatic weapons.

One of these sources, former Navy SEAL leader Craig Sawyer, is a top ballistics expert and a federal criminal investigator who also has his own sources, some of whom are linked to the investigation.

Here’s what he had to say about multiple shooters:

I will get this caveat out there that it’s very important to be accurate… echoes are very confusing, and hearing anything through a microphone is confusing, and one of my best friends is probably the foremost authority on… the acoustics of these big cases, and he’s got these huge computer [setups] to analyze everything.

Having said all that, and acknowledging that it is confusing after the fact to listen to a series of gunshots with echoes, I will say this: some things are beyond [doubt]… it’s apparent anyway. Even though you’re listening to the echoes and even though you’re listening to it after the fact through a microphone that does just change that acoustic signature, it’s still apparent there was more than one shooter.

…You hear [gunshots] very muffled, very far away and then all the sudden, shortly thereafter, you hear very loud, very distinct [gunshots]. That’s a far engagement and a close engagement. 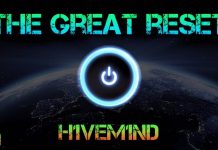