A September 26th news-report at the most reliable news-site that specializes on the war in Syria, Al-Masdar News, headlined “Breaking video: ISIS fighter admits that ISIS is forbidden to attack Kurdish forces in Deir Ezzor”, and Andrew Illingworth reported from Lebanon, that, “A video has just been released on social media showing the interview of an ISIS fighter from Deir Ezzor [Syria’s oil-producing region] who admits that the terrorist group’s forces in the region are forbidden by their commanders from attacking US-backed, Kurdish-led militias.” The report ends: “Mohammed [the disenchanted ISIS jihadist] finishes the interview by saying that he knows for a fact that the US is attempting to establish an alliance between Kurdish forces and ISIS in Deir Ezzor province in order to undermine government-led military efforts to liberate the region.”

Reader-comments thus far have been furious, mostly against the U.S. Government, which now is under President Donald Trump, who had promised to end, instead of to continue, his predecessor, Barack Obama’s, war to overthrow and to replace Syria’s Government. Some of the reader-comments are instead against Israel, because Israel is the country that has for the longest time been publicly known to want to overthrow Syria’s Government. However, ever since 1949, the U.S. Government has been unsuccessfully trying to overthrow Syria’s Government but hiding the fact from the public. Other comments claim that the U.S. now is like the Soviet Union’s Government was: e.g., “USA doing today what Soviet Union used to sometimes do: establishing puppet governments and claiming they represent ‘the people’. Oh, just by chance they all are pushing US (Israel) geopolitical interest.”

Trump isn’t yet personally named by any of the reader-comments, but the sheer frustration shown with his continuing Obama’s policies in Syria is clear.

The longer that Trump continues to do this, the more that America’s war against Syria will become Trump’s war, and the less it will remain merely Obama’s.

The issue of whether or not the person who is shown in that video is staged, is not addressed in any of the reader-comments thus far, perhaps because Almasdar News has developed a reputation for the honesty of its reporting, and for its careful vetting of sources that it relies upon. If this video is a fake (a staged acted statement instead of an authentic statement by a disenchanted ISIS jihadist who is furious at ISIS’s cooperation with U.S.-backed Kurds who are protecting “the Conoco Gas Fields”), then it would be the first time that a staged fake has appeared at Almasdar as being anything authentic, instead of as being exposed there as being a fake. However, the possibility does exist that it could be a fake.

However, the reason why this video is not surprising to anyone who knows the background of America’s war to overthrow Syria’s President Bashar al-Assad, is that under Barack Obama, the U.S. was relying very heavily upon Al Qaeda in Syria as the trainers and to lead the other jihadist factions who have been fighting to overthrow and replace Assad. Furthermore, there have been other indications than merely this video, that under U.S. President Donald Trump, the U.S. has cut back its support for Al Qaeda there, and come to rely instead increasingly upon ISIS, even while helping Kurdish forces to defeat ISIS and also to defeat Assad’s Government. For example, on June 12th, Chris Tomson in Damascus reported that “Al-Masdar News has obtained jaw-dropping footage from northern Syria suggesting the US-led coalition has allowed hundreds of ISIS vehicles to leave Raqqa city for areas controlled by the Syrian Arab Army (SAA)” (the Syrian Government’s army, under Assad — in other words: that Trump was helping ISIS to overthrow Assad).

However, U.S. major ‘news’media continue to allege that the U.S.-backed Kurdish forces, the “Syrian Democratic Forces” or SDF, are throwing ISIS out of that area, instead of working with ISIS there to block Syria’s Government from retaking control of that major gas-producing facility — throwing out ISIS, instead of throwing out the Syrian Government. For example, on September 25th, the Wall Street Journal bannered “U.S.-Backed Forces Seize Syrian Gas Plant From Islamic State” and reported that, “U.S.-backed forces said Sunday they were advancing through eastern Syria after seizing a gas plant there from Islamic State, striking a blow to the terror group’s dwindling finances, which rely heavily on its control of Syria’s oil and gas fields. … ConocoPhillips has had no affiliation with the facility since it was turned over to the Syrian Gas Company in 2005. Its loss is another blow to Islamic State’s already-dwindling revenue sources.” The conflict is presented in U.S. ‘news’media as being SDF versus ISIS, instead of U.S. versus Syria. Also on September 25th, the AP bannered “US-backed SDF says it took Syria’s largest gas field from ISIS” and reported that, “U.S.-backed Syrian fighters captured Saturday the country’s largest gas field from the Islamic State group in an eastern province that borders Iraq as they race with government forces to capture the energy-rich region.”

Furthermore, the Wall Street Journal’s report is implicitly acknowledging that the U.S.-backed SDF is focused more on overthrowing the Government, or else breaking up Syria into ethnic enclaves (as the U.S. Government, and Israel, have long wanted), by reporting that, “‘Our goal is to prevent the regime from taking the areas of oil which will enable it to regain control of the country like it was before’ the start of the 2011 antigovernment uprising, Delsos Derrik, an SDF commander, said.” Even the WSJ is implicitly acknowledging that Trump continues Obama’s primary goal in Syria to be conquest of Syria, instead of any authentic effort against jihadists such as Al Qaeda or ISIS there. Even the WSJ is implicitly accepting that Trump has been lying.

The U.S. ’news’media have an extremely poor track-record regarding honesty, and certainly not as good a track-record as does Al-Masdar News. Moreover, no evidence has as yet been published which would indicate this video to be staged and acted, instead of authentic as it is represented. 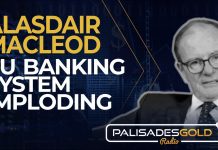 PROOF OF ELECTION FRAUD IS COMING LIKE A TIDAL WAVE