Despite differences over Syria and the Iranian nuclear deal, current Russia-Saudi Arabia relations are arguably at an apex, both in terms of shared interests and mutual understanding. It has just been announced that King of Saudi Arabia Salman Bin Abdulaziz Al Saud will visit Russia in late October. Kremlin spokesman Dmitry Peskov said on September 5 that the exact date will be announced later. Only some details are left to be discussed.

The visit has been anticipated for a long time. This will be the first time a Saudi king visits Russia. The event is very symbolic against the background of burgeoning rapprochement between the two countries. Russian Foreign Minister Sergey Lavrov is expected to visit the Kingdom in a few days.

The Saudi Vision 2030 long term development program has been launched to move the Kingdom from oil profits and dependency on the United States to diversified modern economy and strong military potential, allowing it to implement independent foreign policy. The main goal is to lay down the basis of its independence from natural resources. Saudi Arabia is intensifying its diplomatic efforts. Russia is a partner in the Kingdom’s far-reaching ambitious plans. The potential of bilateral relations development is extraordinary.

Russia’s leading oil company Rosneft has said it is interested in buying Saudi oil giant’s shares after the privatization takes place next year as planned. Both sides agreed to establish a joint energy investment fund during the talks at the 2017 St. Petersburg international economic forum (SPIEF)

In May, then Deputy Crown Prince Mohammad bin Salman visited Russia to take part in the SPIEF and meet President Vladimir Putin. Six deals were signed, including a nuclear cooperation agreement that could see Russia helping to build up to 16 atomic power stations in the Kingdom. Contracts on infrastructure development and a deal on deliveries of high-end Russian weaponry were also inked. During the talks, it was revealed that there are 25 mutually beneficial investment projects totaling $10 billion under examination. The parties are exploring joint ventures in construction and upgrade of railways.

Back then, the crown prince said that «relations between Saudi Arabia and Russia are going through one of their best moments ever». The fact that the prince arrived in Russia one week after the historic «Muslim NATO summit« in Saudi Arabia demonstrated that the Kingdom was eager to keep balance in its foreign policy and diversify its ties. Muhammed Bin Salman and Vladimir Putin discussed stabilizing the world oil market and Syria.

The parties have made considerable progress on Syria. Moscow greatly appreciates the role played by the Kingdom in the signing of the two Cairo agreements between Russia and the Syrian opposition on East Ghouta and Rastan. The Kingdom may have a very important role to play when the de-escalation zones are established. Russia is well placed to mediate between the Kingdom and Iran in Syria.

For Saudi Arabia, Russia’s influence in Iran, Syria, Yemen, Turkey, and even Qatar, is a strategic asset. Hence, the Saudis see Russia in the role of negotiator on all political issues. Both countries welcomed the change of power in Egypt in 2013 and continue to jointly support President Abdel Fattah el-Sisi. It’s an open secret that Egypt’s massive procurement of Russian weapons was possible thanks to Saudi financial assistance to Cairo. Riyadh also seems to have appreciated Moscow’s restrained position on the Yemeni issue.

No doubt that the Qatar crisis will be on the agenda of the Russia-Saudi summit. Moscow has not taken sides in the current dispute between Qatar and other Arab states and it has a recent history of cooperation with all sides of this conflict. As a result, Russia is well suited to act as a mediator and a communications channel between Riyadh and those who support Doha – such influential actors as Iran and Turkey.

Saudi Arabia is one of many other Arab countries turning to military cooperation with Russia against the backdrop of its success in Syria. In July, Russia and Saudi Arabia agreed an arms deal valued at $3.5 billion. The deal will be finalized during King Salman’s visit. The Saudis have requested transfer of technology to accompany the signing of the deal. The Kingdom is interested in negotiating both defensive and offensive weapon systems including the S-300 and/or the S-400 air defence systems, MiG-35 lightweight fighters, T-90 main battle tanks and also the Russian tactical missile system Iskander-E.

Up until a year ago, the two sides had virtually no dialogue on energy at all. Since then, they have made a joint effort to push for further cutting of oil production to help bring up prices. Today they are effectively coordinating their oil policies. It has been announced that Russia and Saudi Arabia mull OPEC deal extension. The oil ministers maintain close and intensive contacts. Russian oil company Tatneft has announced that it is open for cooperation with Saudi Arabia.

Russia and Saudi Arabia might launch joint projects in petrochemical industry, in the field of renewable energy and liquefied natural gas (LNG) technologies among others. Saudi Arabia would particularly consider the issue of participating in the Arctic LNG projects. Saudi Aramco has always been heavily involved in the gas sector, as it is already a very large gas producer. It is pursuing shale gas in the future, with first production expected around 2020-2021.There are prospects for OPEC – non-OPEC cooperation going beyond crude oil to integrate the Gas Exporting Countries Forum (GECF). A new cartel would be powerful enough to stabilize the energy market.

You’re Still Exempt. Just Say “I Am Unable to Wear a Face Mask Safely.” Nothing More. 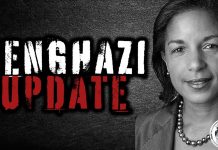