Disobedient Media previously reported on the suppression of the Catalan independence movement in Spain. Since our first coverage of the issue, repressive tactics in Spain have continued to escalate. Disobedient Media’s report on the issue was also disingenuously smeared by Spanish media outlet El País. The press outlet also heavily criticized Edward Snowden and Julian Assange for having expressed concern on the matter.

That El País would perceive an independent news source like Disobedient Media as damaging enough to warrant such a response illustrates the deep insecurity the Catalan independence movement has stirred in Spain. El Paísdevoted a large, inaccurate chart to our coverage of the events:

Backlash against the coverage of events in Spain comes amid reports that Spanish riot police have taken control of Catalan, despite initial resistance from Catalan police. The BBC stated: “Spanish authorities have moved to place all policing in Catalonia under central control to stop the disputed independence referendum on 1 October.” Demonstrations in favor of Catalan independence have proven so large that they prove difficult to fully capture in photographs, with Reuters reporting that approximately one million Catalans had taken to the streets in support of the upcoming referendum.

The Independent wrote that the Spanish government had called the upcoming referendum illegal and was taking steps to prevent the vote: “On Wednesday arrested 14 senior officials, seized ballot papers and raided the homes of the Catalan separatists suspected of coordinating the vote, due to take place on 1 October.” Despite these measures, supporters of Catalan independence were reported by The Guardian to have responded by distributing over one million ballots in the lead up to the referendum.

Remarkably, the EU has continued its general reticence in the face of the escalating crackdown in Spain. The Independent wrote that the European Union is unlikely to intervene in Spain over Catalan independence, saying it must “respect the constitution of the country. ” The Washington Post related that Angela Merkel’s representatives said: “Berlin has great interest in the maintenance of stability in Spain.” The EU’s quiet backing of Spain may stem from a number of issues, including the stability of the European Union as well as Catalan’s economic status. This stance has raised serious concern among those who value self-governance.

French Press discussed the EU’s reluctance to act in Catalan. Dan Dungaciu, the head of the Institute of Political Sciences and International Relations of the Romanian Academy, told the AFP: “Recognizing Catalonia would create a terrible precedent for the EU, one which Brussels would find very hard to manage and which every separatist movement would try to use in future.”

Catalonia is also regarded as a wealthy region, whose loss would greatly impact Spain. The 2008 financial crisis hit Spain particularly hard, making the Catalan region increasingly valuable. The Telegraph explained the economic situation, writing that secession would cost Spain almost 20 per cent of its economic output, and “trigger a row about how to carve up the sovereign’s 836 billion euros of debt.”

YOUR NEW MASTER: Twitter’s Head of Conversational Safety, a “Young, Queer Asian-American Businesswoman,” is “Rethinking” the Concept of User Safety 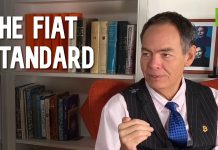