How can something be considered a crime if there is no victim?

This is a problem. You can go through life making sure you don’t hurt anyone, and still break the law. Wouldn’t that be great if you could simply base your actions on common sense and respect for the standards of a community?

Instead, people must also make sure they don’t do anything labeled wrong by the government. Of course, it is impossible to know all the laws which the government has created. And what they call wrong is not always intuitive, nor offensive.

Government statute law goes beyond the resolution of disputes between individuals and groups. In contrast, the whole point of common law was to settle disputes in non-violent ways.

Now, there are third-party enforcers trolling around looking for a statute that has been broken. There doesn’t have to be a victim. No one has to have been wronged by the legal breach. They actually create conflict instead of resolving it. Their actions often lead to violent altercations, rather than deescalating disputes.

In an essay called “The Obviousness of Anarchy,” John Hasnas discusses the origins of common law, and how it was born out of anarchy. He says that clearly, no society can exist without governance. Part of the definition of a society is that it is somewhat organized and held together by common traditions. But that does not necessarily mean government, as the term has come to be understood. 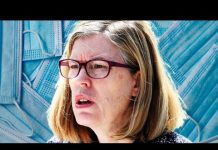 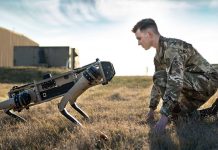 Nothing Scary About That: US Army Showcasing Robot Dogs With Rifles for Heads