Based on a Freedom of Information Act (FOIA) lawsuit gainst the Department of Homeland Security, the government watchdog group Judicial Watch was able to obtain further travel records from the Secret Service, showing trip costs of $3.7 million that, combined with earlier travel records, reveal that travel expenses for President Barack Obama and his family have cost taxpayers, to date, $105,662,975.27. Travel costs for President Donald Trump and Vice President Mike Pence, to date, equal $7,560,425.01.

The latest batch of FOIA documents obtained by Judicial Watch show the follow:

The New Federal Stimulus Package To Pay Off Your Mortgage – Expires in 2017. Learn More. 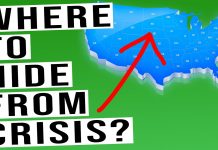