The events that took place in the United States on September 11, 2001 were real and they were extremely violent. As David Griffin has recently shown in detail, they also had catastrophic real-life consequences for both the United States and the world. [1]

But these events were also deeply filmic (like a film) and they were presented to us through a narrative we now know to be fictional. This “9/11 movie” reveals itself to careful investigators as scripted, directed and produced by the U.S. national security state. The movie does not represent the real world. It violates the rules operative in the real world, including the laws of physics. Audiences will remain in thrall to the spectacle and violence of the War on Terror only as long as they remain mesmerized by the B-movie of 9/11.

The Filmic Nature of the September 11 Events

Many people caught a whiff of Hollywood on September 11, 2001. According to Lawrence Wright(screenwriter of The Siege),

“It was about an hour after the first trade centre came down that I began to make the connection with the movie, this haunting feeling at the beginning this looks like a movie, and then I thought it looks like my movie.”[2]

The 9/11 attacks were filmic in at least the following ways:

In addition, the event included the key dramatic elements of conflict, violence and spectacle.[4] The entire production was filmed from several angles, and the films, sometimes in the rough and sometimes cleverly edited, were shown many, many times all over the world.

Official U.S. sources rapidly acknowledged the remarkably filmic nature of these events. In October, 2001 some two dozen Hollywood writers and directors were assembled “to brainstorm with Pentagon advisers and officials in an anonymous building in L.A.”[5] The Army’s Institute for Creative Technologies was the lead organization.[6] The assembled group was assumed to have relevant expertise and was asked to brainstorm about what future attacks might look like so that the Pentagon could be prepared. (“We want some left-field, off-the-wall ideas; say the craziest thing that comes into your mind”).[7]

While the bare fact of this consultation was widely reported by news media, further details about the three-day consultation have been hard to come by. Reporters have had their FOIA requests denied.[8]

Beneath this consultation lay the “failure of imagination” hypothesis. Although the hypothesis emerged almost immediately after September 11, it was given especially clear expression in a BBC Panorama programme aired on March 24, 2002.[9] Steve Bradshaw interviewed representatives of Hollywood and of national security institutions. The Pentagon, we were supposed to believe, is a typical large bureaucracy characterized by inertia. It is unable to imagine, and to rapidly respond to, new and emerging threats. It is stuck in the past. It is also afraid to irritate the general population by appearing to be politically incorrect–by looking, in this case, at Islam as a threat. Fortunately, there are two sets of people with imagination and courage: a small number of people within the national security apparatus who were trying to warn the Pentagon but were ignored, and Hollywood screenwriters and directors, who had imagination, who had some contact with the national security dissidents, and who had the courage to risk being called Islamophobic.[10]

So the planes of September 11, when they burst on the scene, confirmed the imaginative prescience of Hollywood, supported the courageous faction of the national security apparatus, and embarrassed the national security bureaucracy, which had to lower itself in October, 2001 to meet with the purveyors of fiction in order to stimulate its sclerotic brain.

This failure of imagination hypothesis was supported by statements by George W. Bush[11] and, even more famously, by Condoleeza Rice:

The hypothesis became more or less official when it was adopted by the 9/11 Commission in its report on the attacks.[13]

Of course, given the filmic nature of 9/11, it is clear that, according to these official U.S. sources, there was another group–beyond Hollywood and a few national security malcontents–that had imagination, namely al-Qaeda.

Robert Altman (director of MASH, McCabe and Mrs. Miller and many other films) said in 2002 that Hollywood was to blame for the 9/11 events.

“The movies set the pattern, and these people have copied the movies…Nobody would have thought to commit an atrocity like that unless they’d seen it in a movie.”[14]

Presumably, by “these people” Altman meant al-Qaeda. Perhaps it was while munching popcorn and watching a Hollywood movie that Osama bin Laden and his high-level companions got the idea for 9/11? This is possible. But would it not make sense to ask if it is true that the Pentagon has no imagination, and that it was incapable of picturing attacks like those of the fall of 2001?

Collaboration between Hollywood and U.S. government agencies goes back at least as far as WW II. Indeed, a 1943 memo from the OSS (forerunner of the CIA) noted that,

“The motion picture is one of the most powerful propaganda weapons at the disposal of the United States.”[15]

Many Hollywood films and TV programs have, therefore, been supported by the Pentagon, and some have been supported by the CIA. Such support can be crucial for films that require U.S. military assets such as planes and helicopters. But support is not automatic. The script must first be approved, and emendations may be demanded by the national security agency in question. In a recent book on this subject (National Security Cinema: The Shocking New Evidence of Government Control in Hollywood), authors Tom Secker and Matthew Alford list 814 films and 1133 TV titles that received DOD support.[16]

Since many of these films are highly imaginative constructions, how can it be that the national security agencies that have helped bring them to fruition have remained trapped in their grey, unimaginative world? Presumably, we are to believe that it is the nature of a bureaucracy to restrict these imaginative insights to one part of the organization–say, the Army’s Institute for Creative Technologies–while neglecting to disseminate them to other parts of the national security state. But is this true?

Those familiar with the History Commons research project on 9/11 will know that it is not true at all. Here are 16 titles from that project (selected from a much longer list) that refer to pre-9/11 exercises and simulations by U.S. government agencies:[17]

November 7, 1982: Port Authority Practices for Plane Crashing into the WTC

Between 1999 and September 11, 2001: NORAD Practices Live-Fly Mock Shootdown of a Poison-Filled Jet

Between September 1999 and September 10, 2001: NORAD Exercises Simulate Plane Crashes into US Buildings; One of Them Is the World Trade Center

June 1-2, 2001: Military Conducts Exercises Based on Scenario in which Cruise Missiles Are Launched against US [“Osama bin Laden is pictured on the cover of the proposal for the exercise”]

July 2001: NORAD Plans a Mock Simultaneous Hijacking Threat from inside the US

Who was better prepared, through both imagination and logistical capacity, to carry out the attacks of the fall of 2001–Bin Laden’s group or the U.S. national security state? The latter had been practising steadily, in relevant scripted training operations, for years, and it had the power and resources to bring the imaginative scenarios to reality. Al-Qaeda was not remotely its match. 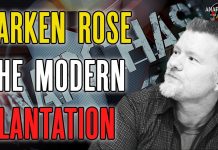