If that logic held completely true, however, the best thing we could do whenever we are trying to come out of economic collapse would be to blow up every city in the nation so we could build it all over again. While WWII did end the Great Depression, logic tells us there is a more complex tale to tell.

There is a difference between an increase in economic activity, which improves economic statistics and puts people to work, and wealth accumulation. Wars (and hurricanes) create a flurry of economic activity, which may juice the economy as WWII did, but you eventually have to pay for all of that so it doesn’t build wealth for a nation overall because of the debit side of the accounting sheet … unless, of course, one nation takes spoils of war from the nations it defeats, which then bear the burden of doing worse for decades to follow while the victorious nation is better off; but we didn’t do that in WWII. We built up the nations we ravaged. So, how did we wind up better after WWII?

What gets left out of the wartime economic recovery equation is debt. WWII proved stimulus spending works, but what is not considered it that the US had very little debt before that and enormous debt at the end. What a wartime economy or a hurricane reconstruction economy really do is move spending forward. They force infrastructure spending now, accelerating deficit spending and total debt.

We have just seen how easily that works with Trump’s rapid successful lifting of the US debt ceiling. Prior to Harvey, nearly everyone believed the debt ceiling would be the next major battle in congress. Harvey whisked us immediately past that battle … for the time being.

And, of course, all of that spending juices the economy while it is happening; but the story is much more complex.

Harvey created a more important concern than the debt ceiling. Few politicians (and, indeed, few American taxpayers) want to be the ones to tell American communities that are clobbered by something horrible they cannot control, “Sorry, we are not about to help you.”

It’s just not what we do. No matter how much we disagree, Americans have always been good about pitching in to help communities that faced calamity. While we often complain that people should not build in those areas, I have to think we all know it is not practical to say that the entire east coast and gulf coast should remain unpopulated within a hundred miles of the coastline in order to keep from having catastrophic hurricane damage. That would, in fact, be a recipe for chronic economic failure because those coastlines with their port cities and vibrant tourist economies are during normal times a huge economic engine for the national economy.

What we can do is build things much better to reduce the costs of these disasters when they happen. We have actually applied that lesson in many places so that hurricanes have brought about infrastructure and building improvements. In the aftermath of a hurricane, reconstruction can become a short-term economic boon by putting hundreds of thousands of people to work in reconstruction (both to replace and to improve what was already there) but they can also get us to position ourselves for a better economic future because the quality of the infrastructure is better in those areas and holds up better when the next storm hits, helping keep those economies running better next time disaster hits.

That’s what happens when we’re smart and disallow cheap construction that will not handle 150-mile-per hour winds. The improvement of building codes is why we already see many beautiful buildings in Florida and homes on stilts that withstood Irma.

Where we are dumb and continue to allow mobile homes in order to be nice to those that cannot afford the better quality housing, we see total devastation because we refused to accept reality, which is that those structures cannot exist in those areas. Nature won’t allow it. Reality always wins over what we want or think should be in a fair world.

So, the short of it is that we WILL rebuild after Harvey and Irma because that’s what we do. We cannot leave hundred-mile strips of a seventeen hurricane-prone states uninhabited and see any economic gain from that. And rebuilding WILL create economic stimulus.

What is hard to equate is whether the economic stimulus will outweigh the losses in other areas of business.

The story of hurricane economic impact is complicated

Initially, there will also be some economic decline. Many places of work will be closed for a few weeks. Unemployment in those areas will rise. Some businesses will be destroyed for good because they were underinsured. Those that served the tourist industry will be clobbered for a long time. Tourists will be scared off short-term because tourists don’t want to have their vacation wrecked  by the next 2017 hurricane. They will be scared off longterm even after the hurricane season because they know the area will be ugly and filled with reconstruction noise for a long time, and none of that sounds like a vacation plan to anyone.

So, the broader story is that some business, such as construction, will see a large boost from these hurricanes while others suffer decline.

After Harvey, some articles I read stated that auto industry, which was already starting down a major decline, would be harmed further. I thought that was ridiculous and that just the opposite is likely to be true. Sure, dealers are out of business for a few weeks as clean-up begins and until inventory gets replaced, so they are experiencing short-term losses right now; but most of their inventory was insured and will be replaced, and their parking lots for the most part are not likely to be hugely damaged by the storms. So, in a month or two, their businesses will boom as individuals who lost hundreds of thousands of cars seek to replace them.

I am certain we will find that Harvey (and now Irma) actually did the declining auto industry a huge favor. By wiping out a million automobiles, it insures that a million more automobiles will be manufactured and sold. This will undoubtedly be a boon to used-car prices, too, as wholesalers are already bidding on used cars all over the nation to move them into Texas.

Exactly how that shakes out depends, of course, on how well insured businesses and individuals were and how well insurance companies are able to fulfill their obligations. The balancing equation to the auto industry’s gains (and there always is a balancing debit) comes in the form of the insurance industry’s losses. Banks should be fairly well protected because they require everyone insure the cars they make loans on; but they, too, may get hit by some people walking away from their auto loans.

What hurricanes fundamentally do is simply stir things up into chaos, mixing hot air with cold air and land with water. The same is true of what they do economically. Hurricanes shift the economic losses and economic gains. Automakers will certainly be making more autos as a result, so those regions of the country with economies partially based on auto manufacturing should see some reprieve to their recent troubles. (It won’t be enough to end their secular downturn; but it should buy them a little more time.)

On the other side of the equation, some insurance companies may die off due to the double-whammy of Harvey and Irma or, a least, close off parts of their business in some states. Some investors in those companies will lose, and those parts of the country like Hartford, Connecticut, that have economies based on insurance, could see a loss of jobs. If auto dealers had inventory that wasn’t insured, they may go bankrupt and walk away from their “flooring” loans (the dealer-banker term for loans used to buy inventory). So, banks may take a hit from this if they didn’t keep close enough track of inventory insurance.

The same thing will happen to banks with respect to the real estate industry. Building construction will gain, but many who are underinsured will walk away from their mortgages. So, wherever insurance companies don’t bear the burden, banks are likely to. Thus, all of this ripples in c0mplex gains and losses throughout the US economy, and only time will tell where it all settles out.

What we learned longterm from Hurricane Iniki and Hurricane Katrina

While Hurricanes Harvey and Irma assure us that spending will be moved forward from the future, there is no free lunch. When we borrow against the future to rebuild now, we heap more burden on ourselves (or our children) down the road. It took decades after World War II to pay the war debt back down, and an argument can be made that this caused a long low-grade recession in later years by bearing down on money available for spending in the post-war years.

For all their flurry and the activity they cause, the net longterm effect of hurricanes has usually been economically detrimental. It took a decade to get New Orleans back on its feet, and I’m sure many individuals who left and never returned also took a decade to get their lives back on track. 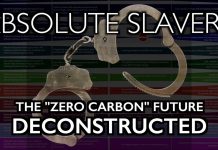 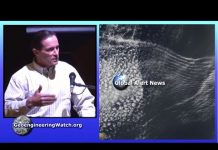