On June 9, both India and Pakistan became simultaneously members of the Shanghai Cooperation Organization (SCO), a Eurasian economic, political and mutual security organization largely dominated by China and Russia.

While the SCO with headquarters in Beijing is not officially a “military alliance”, it nonetheless serves as a geopolitical and strategic “counterweight” to US-NATO and its allies. It also plays a significant role in the development of  Eurasian trade, e.g. in support of China’s Belt and Road initiative, oil and gas pipeline corridors linking SCO member states, etc.

In the course of the last few years, the SCO has extended its cooperation in military affairs and intelligence. War games were held under the auspices of the SCO.

The members of  the SCO include China, Kazakhstan, Kyrgyzstan, Russia, Tajikistan and Uzbekistan. Pakistan and India are now full members since June 9, 2017. Iran is an Observer Member slated to shortly become a full member.

The SCO now encompasses an extensive region which now comprises approximately half of the World’s population.

While the Western media casually acknowledged that India’s Prime Minister Narendra Modi and his Pakistani counterpart Nawaz Sharif had met in Astana, Kazakhstan, ahead of the SCO summit (June 9), the geopolitical implications of India and Pakistan’s full membership of the SCO was barely  addressed.

With both countries now full members of the SCO, conditions have emerged which favor the normalization of relations between Delhi and Islamabad. In the words of Pakistan’s PM Nawaz Sharif, who congratulated his Indian counterpart:

“As leaders, we should leave a legacy of peace and amity for our future generations, not a toxic harvest of conflict and animosity. Instead of talking about counter-weights and containment, let us create shared spaces for all,”

The simultaneous instatement of both countries as full members of the SCO is not only symbolic, it marks a historic shift in geopolitical alignments, which has a de facto bearing on the structure of economic and military agreements. Moreover, it has also a bearing on the inner-conflict between India and Pakistan which dates back to the countries’ Independence.

Inevitably, this historic shift constitutes a blow against Washington, which has defense and trade agreements with both Pakistan and India.

While India remains firmly aligned with Washington, America’s political stranglehold on Pakistan (through military and intelligence agreements) has been weakened as a result of Pakistan’s trade and investment deals with China, not to mention the accession of both India and Pakistan to the SCO, which favors bilateral relations between both countries as well as cooperation with Russia, China and Central Asia at the expense of  their historical links with US.

In other words, this enlargement of the SCO weakens America’s hegemonic ambitions in both South Asia and the broader Eurasian region. It has a bearing on energy pipeline routes, transport corridors, borders and mutual security, maritime rights.

This ongoing Pak-India conflict has been carefully nurtured by Washington since the Cold War era. Moreover, Washington had envisaged a scenario of political disintegration in Pakistan for more than ten years. According to a 2005 report by the US National Intelligence Council and the CIA, Pakistan was slated to become a “failed state” by 2015. 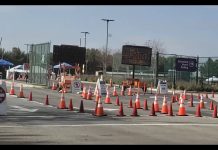 MAJOR AGENDA 21 UPDATE: ANAHEIM MEGACITY PRISON UPDATE. THIS IS WHAT THE GREEN NEW DEAL LOOKS LIKE