Did it forget how the US government hounded Standard & Poor’s?

Bitter irony! Just yesterday, I had a conversation with Bill Tilles, and we agreed on all three points. This morning, we’re already proven wrong on one of them:

A new day, and we’re already wrong. Standard & Poor’s may have learned its lesson. But Fitch Ratings hasn’t – though its language this morning was a lot kinder and gentler (emphasis added).

If the debt limit is not raised in a timely manner prior to the so-called “x date,” Fitch would review the US sovereign rating, with potentially negative implications. We have previously said that prioritizing debt service payments over other obligations if the limit is not raised – if legally and technically feasible – may not be compatible with ‘AAA’ status.

In the most recent letter to Congress, Treasury Secretary Steven Mnuchin said that the US would run out of money by the end of September. This can likely be stretched into October. Just this week, Senate Majority Leader Mitch McConnell swore there was “zero chance” that “we won’t raise the debt ceiling.”

But Fitch adds that Congressional posturing alone could cause a downgrade – the same reason S&P downgraded the US during the debt ceiling fight in 2011. Fitch:

Brinkmanship over the debt limit could ultimately have rating consequences, as failure to raise it would jeopardize the Treasury’s ability to meet debt service and other obligations.

The next Congressional session begins on 5 September, with only 12 congressional working days before month-end. We believe there is strong political will to ensure that Treasury securities are honored in full and on time….

So if push comes to shove, debt payments would be prioritized, and the US wouldn’t default on its bonds, Fitch “believes.” But defaulting on other obligations also has consequences:

In Fitch’s view, the economic impact of stopping other spending to prioritize debt repayment, and potential damage to investor confidence in the full faith and credit of the US, which enables its ‘AAA’ rating to tolerate such high public debt, would be negative for US sovereign creditworthiness.

And even if the debt ceiling is raised in time, or suspended, “considerable uncertainty remains around the short-term fiscal and borrowing outlook,” Fitch said. So more clouds hanging over the US credit rating.

Back in September 2013, as the US was starting to run out of money while Congress was brilliantly posturing, Standard & Poor’s, which had already downgraded the US to AA+ in 2011, warned that without a debt-ceiling hike before the out-of-money date in October, it would cut the US to “selective default.”

A “selective default” indicates that the issuer “had failed to meet one or more of its outstanding debt obligations,” it said. The US might continue to make interest payments on its bonds, but might not pay other obligations. And typically, a selective default ends up knocking credit ratings to “between CCC and B,” it said. In other words, S&P had threatened to cut the US credit rating to junk.

But Fitch used the same term that S&P had used to lambaste the political posturing around the debt ceiling: “Brinkmanship.” 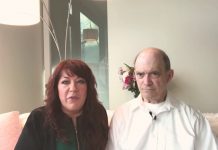