This is Buzz Aldrin, the second man on the moon. Why would an aging man with a glorious past do a stupid handsign like this one? One cannot be part of pop culture without showing submission. Even if you’ve walked on the moon.

The magazine says that Graham goes “full Marilyn” for the photoshoot. That is appropriate because Marilyn Monroe is the figurehead of Beta Programming (read my series of articles about her here). Also, notice the subtle one-eye sign here.

Yup, this is what Beta Kittens are programmed to do.

As usual, the one-eye sign was everywhere in pop culture this month. One truly needs to be blind to NOT see it and how it represents the industry being owned by a small elite. 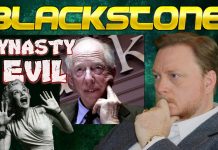