A little more than a month ago, the Justice Department expanded its use of Civil Forfeiture to include Bitcoin and other cryptocurrencies in their ideological War on Drugs and War on Terror.  Now we can add a secondary front to this covert attack on cryptocurrencies in a hidden mandate that was part of Congress’s bill to enlarge sanctions against Russia.

As Coinivore reports, the bill requires the governments to develop a “national security strategy” to combat the “financing of terrorism and related forms of illicit finance.”

Governments will be further required to monitor “data regarding trends in illicit finance, including evolving forms of value transfer such as so-called cryptocurrencies.”

According to the bill, an initial draft strategy is expected to come before Congress within the next year, and will see input from U.S. financial regulators, the Department of Homeland Security, and the State Department.

The bill calls for: 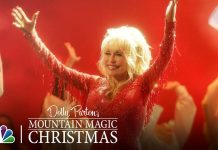