The Environmental Defense Fund released a study in June, 2017, showing the presence of detectable levels of lead in a surprising number of baby food samples tested over a decade-long period.

For the study, the EDF evaluated data collected by the FDA between 2003 and 2013. They collected 2,164 baby food samples and found that:

The group said in the report:

“Eight types of baby foods had detectable lead in more than 40 percent of samples. Baby food versions of apple and grape juices and carrots had more samples with detectable lead than the regular versions.”

“The levels we found were relatively low, but when you add them up — with all the foods children eat … it’s significant.”

None of the samples exceeded the FDA’s allowable level of lead, which is good, but does it really matter? Many argue that there is no “safe” level of lead exposure, and the agency is in the process of reviewing its standards over concern that they don’t reflect the latest science about the potential health risks.

Exposure to Lead can be Quite Serious

Lead poisoning in children is extremely serious. It most often occurs when the heavy metal builds up in the body over time, often months or years. Even small amounts can cause severe and irreversible effects on a child’s mental and physical development. So it’s important to consider lead exposure, especially since it is present in small amounts everywhere – not just in baby food. 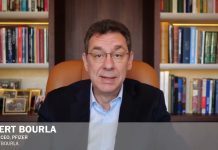