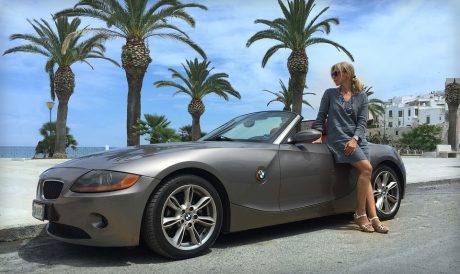 What would you do with 128 million dollars? Many people like to daydream about winning the lottery, and I have to admit that when I was much younger I would do the same thing. If you were suddenly financially set for life, you could quit your job, buy your dream home, travel the world and spend your days doing whatever you felt like doing. We only get one trip through this crazy journey called life, and an enormous mountain of cash could make the journey a whole lot nicer. So if you could steal 128 million dollars and be absolutely certain that you could get away with it, would you do it?

But let’s turn this around for a moment.

What if someone stole 128 million dollars from you?

How would you feel about that?

Every crime has a victim, and losing that amount of money would be unimaginable.

Perhaps you think that this scenario is way too outlandish to even be considering. After all, who in the world could steal 128 million dollars from someone and get away with it?

Well, what if I told you that this has been happening every day?

And what if I told you that this has actually been happening every single hour of every single day for many years?

Dividing that figure by 365, you find that an average of $3,082,191,780 was added to the national debt every single day during the Obama administration.

And since there are 24 hours in a day, that means that an average of $128,424,657 was stolen from our children and our grandchildren every single hour of every single day while Barack Obama was president.

When you borrow and spend 128 million dollars that you do not have every single hour of every single day, of course that is going to have a huge impact on the economy. I am often asked why we are not in a horrendous economic depression yet, and this is one of the biggest reasons. If we were to go back and take 9 trillion dollars of government spending out of the economy over the last eight years, we would be in the worst depression in American history right now.

But even with all of this added debt, the U.S. economy has still only grown at an average yearly rate of just 1.33 percent over the past 10 years, and that is absolutely terrible.

Our leaders in D.C. were able to prop things up in the short-term by going on the greatest debt binge in U.S. history, but of course they have also made our long-term financial problems much, much worse in the process.