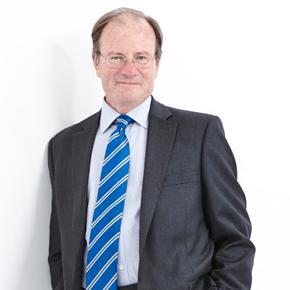 by Alasdair Macleod, GoldMoney: The purpose of this article is to draw the widest attention to the chronic inability of the economic establishment to forecast recessions. Next time you hear an economist make a prediction on mainstream media, your default assumption should be he or she is simply wrong.

Why do I allege this? An IMF economist, Prakash Loungani, did some interesting research in 2000 about the accuracy of economists’ forecasts. Using data taken from a publication called Consensus Forecasts (published by Consensus Economics), which is widely used as a source of independent estimates of economic growth by individual governments, Loungani found that of the 60 recessions recorded since 1989 in the 63 countries sampled, only two were forecast in April the year before and two-thirds remained undetected in the April of the year they occurred. Furthermore, analysts’ forecasts emanating from both private and public sector economists were little different, and had a strong bias towards optimism.i

Loungani was recently interviewed for a BBC programme, updating his original paper. In that interview, he claimed that over three decades, of the 150 recessions recorded only two had been forecast, implying that since the turn of the century no recessions had been forecast at all.ii The failure rate has increased to 100{5f621241b214ad2ec6cd4f506191303eb2f57539ef282de243c880c2b328a528}, not decreased, as might be expected from economic models that are updated in the light of experience. Unsurprisingly, Loungani admitted he was unpopular amongst his peers for disclosing their complete and utter failure.

It is a timely reminder that the Queen’s apposite question in late 2008, about the failure of economists to predict the great financial crisis, hit the nail on the head. In an example of unintended humour, a consensus of macroeconomists, constituting the economic establishment, then considered the matter and over a year later wrote a three-page letter to Her Majesty, explaining why it was not their fault, and importantly, not the fault of their method. They summarised it as follows:

“…. the failure to foresee the timing, extent and severity of the crisis and to head it off, while it had many causes, was principally a failure of the collective imagination of many bright people, both in this country and internationally, to understand the risks to the system as a whole.”iii

In other words, understanding risk is a financial function conducted in markets, not a function of economic prediction. Yet, despite the failure of the academic community to add any predictive value to our lives, they are still relied upon by governments as the basis for managing the economy and to forecast tax revenues. Forecasts are central to economic management. Unless you can predict or measure the outcome, economic policy has no justification and should not be embarked upon. The continuing, total failure of the macroeconomic establishment to quantify the effects of the policies they recommend would not be permitted in a rational world. Their version of the dismal science offers no benefit to humanity.

Despite the evidence from an IMF economist of their own total incompetence, the IMF has not acknowledged the futility of forecasting economic outcomes. It also seems that when they try to forecast a recession, instead of mistakenly forecasting economic growth at rates that turn out to be too optimistic, they get that wrong as well. They warned, along with the Bank of England and the Treasury, that a vote for Brexit would be an economic disaster for the UK. Instead, the economy has prospered, with unemployment falling to the lowest in forty years. They warned that industrial investment would collapse. Instead, it continued at an accelerated pace, once the uncertainty caused by the establishment’s negativism had ended with the referendum. They warned that the City would suffer badly, frozen out of EU markets. The City continues to prosper. The one time the establishment, including the IMF, the UK Treasury and the Bank of England, decided to forecast a recession as opposed to continued growth, it got it completely wrong.

Only last week, the IMF decided to have another try, with an update to its World Economic Outlook, issued 19th July. Here is an example of the IMF’s suppositions:

“The outcome of the U.K. vote, which surprised global financial markets, implies the materialization of an important downside risk for the world economy. As a result, the global outlook for 2016-17 has worsened, despite the better-than-expected performance in early 2016”iv

So, having admitted it got its forecast for the UK completely wrong, now Brexit is an excuse for the IMF’s downward revision of previously too optimistic expectations. It seems Brexit is so much against the establishment play-book, they cannot leave it alone. However, it is hard to resist the temptation to conclude that as a contrary indicator, the WEO is positive news for the British and global economies.

There is a simple explanation for this unmitigated forecasting failure, overlooked by the planners. While the distortions and unintended consequences of monetary and economic interventions accumulate and occasionally trigger a crisis, the rest of the time people just get on with their lives. They do not sit on their hands and await instructions from government economists as to how they should behave. Consequently, state interventions have limited, if unpredictable results.

Why economic forecasting will never work

The unblemished record of bad advice from mainstream economists is truly staggering, yet collectively we still believe in it. Part of the problem is systemic, with any dissenter from the broad consensus asking for trouble. Far better, surely, for a career economist to keep his head down and not gain a reputation amongst his peers as a maverick. That explains, and justifies, group-thinking conformity. But it still doesn’t fully explain the almost perfect non-correlation between economic forecasts and outcomes.