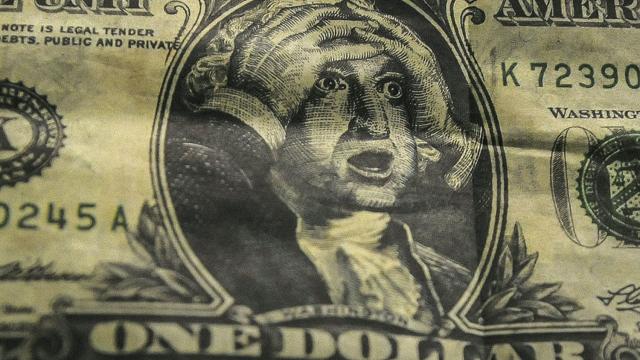 In the build-up to the G20 summit in Hamburg, there was much happy talk coming from Trans-Atlantic government officials, Central bankers and the media about the arrival of the long-awaited “economic recovery.” From Brussels, European Central Bank (ECB) chairman Mario Draghi sounded cautiously optimistic, telling European Union leaders on June 23 that the EU is experiencing economic growth and an “improving business climate”, while ECB Executive Board member Peter Praet was much less constrained. In a meeting of bankers in Paris on July 6, he declared that the recovery “has gathered some further momentum recently,” and that there is a “solid upswing” becoming an “increasingly solid cyclical recovery.”

One might ask if the two of them consider the unresolved Greek debt crisis, and the bailouts of Spanish and Italian banks, in violation of new EU banking rules, evidence of a “solid upswing”!

As for the United States, Federal Reserve Chairman Janet Yellen was even more upbeat, after the major U.S. banks passed the most recent “stress test.” In an exchange with London School of Economics Professor Lord Nicholas Stern, Yellen said the U.S. banking system is now “very much stronger” due to Fed supervision and higher capital levels. In fact, she added, another banking crisis is unlikely “in our lifetimes.” When asked if she thinks stock valuations are too high, Yellen replied that “by some standard metrics, asset valuations look high,” but then hedged, saying “there’s no certainty about that.” Her explanation sounded eerily reminiscent of former Fed Chair Alan Greenspan, who publicly announced he saw no evidence of “irrational exuberance” as investors sent tech stocks soaring in the late 1990s, before the dot-com stock bubble proved him wrong, by crashing in 2000.

Yet, for all this “good news” from the U.S., there are warning signs that all is not well. Yellen’s vice chair, Stanley Fischer injected a note of concern, saying the “increase in prices of risky assets (that is, corporate stocks and bonds, including junk debt — HS)…points to a notable uptick in risk appetites,” adding that continued high valuations in the face of low earnings “is also a cause for concern.” He concluded by stating that the corporate sector — the stock valuations of which are at record levels — is “notably leveraged”. This is a strange, understated way of looking at the $14 trillion of non-financial corporate debt, much of which will never be collected, which has surpassed the amount of mortgage-backed securities debt which crashed the market in 2008, when that debt reached $11 trillion.

THE FRAUD OF THE STRESS TESTS

The difference between the two accounting systems “is largely attributable to regulator’s differing assessment of the risks posed by derivatives, the complex instruments that blew up in the financial crisis and that still are a major part of the holdings of the big American banks.”

In other words, by not dealing with the threat posed by derivatives, by restoring Glass Steagall regulations to force the banks to either write down, or write off their derivative obligations, this ticking time bomb remains a real threat within the banking system.

Further, Fischer’s warning, that there has been “a notable uptick in risk appetites”, means that the need of banks and investors for profit is forcing them to bet on more risky financial instruments. If this approach to investment is funded largely by leverage, as Fischer states, it means that once the bubble pops, the collapse will be more catastrophic, wiping out pension funds and individual retirement funds of millions of Americans — just as in 2008.

As to those who point to the “health” of the stock market, which some analysts have said is “defying all models” by continuing to appreciate, the reality is that the unprecedented expansion of corporate debt, fueled by low-interest lending from banks, is largely responsible, as companies are borrowing money to buy their own stock. Fischer obliquely referred to this when he expressed concern for stock appreciation in the face of low corporate earnings. The total valuation of the Dow Jones average, a standard measure of the health of the stock market, has nearly tripled since its low in 2008, going from 8,046 to 21,349 as of June 30 — while corporate profits during that period have been for the most part low or stagnant.

NO UPSWING IN THE REAL ECONOMY

The standard narrative of the “Obama recovery” which is repeated (mostly by Wall Street-controlled Democrats) is that between 10 and 12 million jobs were created during his years in office. Yet the majority of those were temporary, part-time and low-wage. In 2000, there were 19.6 million employed in the manufacturing sector. Today the figure is approximately 12.5 million. For those employed, wages have remained stagnant, while the labor participation rate is near historic lows, with only 62.9{5f621241b214ad2ec6cd4f506191303eb2f57539ef282de243c880c2b328a528} of potential members of the work force employed, meaning almost 95 million are not working.

As more people need help, the austerity-minded Republicans in Congress are chopping away at Medicaid, which provides health care for poor children, and threatening other programs which provide food aid, funding for education, etc. With the federal budget under attack, states are not able to step in to help. When the Fiscal Year 2018 budget began July 1, there were 9 states which had no budget, due to significant revenue shortfalls, including the once-wealthy state of Connecticut, and formerly industrial states, including Illinois, Wisconsin and New Jersey. Though some of the states subsequently passed budgets, with significant budget cuts, Illinois hovers on the verge of bankruptcy, with the State Controller saying “derailment is imminent.”

What this partial picture underscores is that decisive action must be taken at once, to prevent a total breakdown of the United States. President Trump won his election in part by pointing to the fraud of the Obama “recovery”, and putting forward major initiatives, which reflected to some degree the policies promoted by Lyndon LaRouche in his Four Basic Laws, including restoring Glass Steagall, launching major infrastructure investments, and an emphasis on reviving NASA as a science driver. As these initiatives have stalled, in part due to the efforts of opponents of these policies to remove Trump from office, the situation for the average American has worsened.

If Trump wishes to succeed, he must now put the full weight of his presidency behind passing LaRouche’s Four Laws, as the central feature of his anti-Wall Street plan, to revive the U.S. economy.

A New Era for the United States: LaRouche’s Four Laws