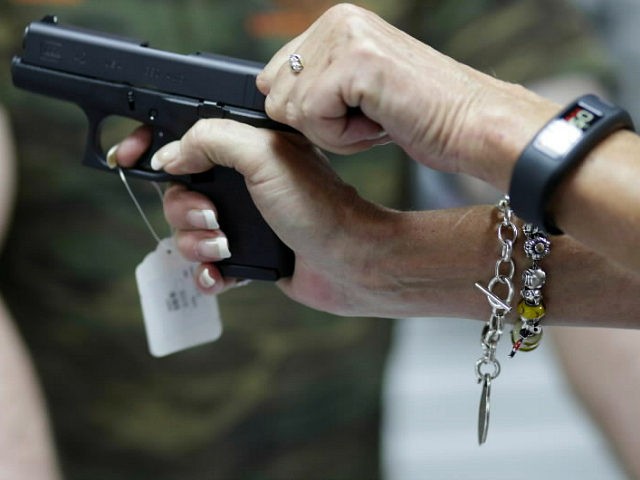 It now appears that one group of women in the city are not waiting for federal help to arrive. Rather, they are taking steps to protect themselves by buying handguns and taking classes to get their concealed permits.

According to AFP, 71-year-old Marietta Crowder is one of the women who recently purchased a gun and is now taking a firearms course. She said, “My husband influenced me and we thought about it a long time. Maybe you need a gun these days, in your house at least.”

Crowder is part of a training course designed just for women. The course was put together by retired police officer Javondlynn Dunagan, who started carrying a gun “after divorcing her police officer husband.” She said, “I was at home by myself with my daughter, and I was used to having a firearm in a home with my ex-husband. So, I wanted to make sure that we were safe.”

Dunagan said she saw a few women shooting together at a range and the idea for a course designated for women was born. Dunagan is black and hoped her class would be a way to encourage more black women to purchase and carry guns for self-defense.

She also teaches a “Mommy & Me Self-Defense Class,” where mothers with daughters between the ages of eight and 18 can bring their girls to the course and learn self-defense tactics together. Dunagan said the idea for that course was born when her daughter departed home for college and could not find anywhere to get self-defense training.