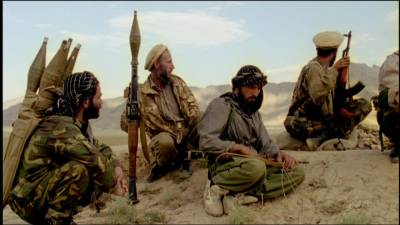 CNN has “exclusive images” which “bolster” the claim that Russia is now arming the Afghan Taliban against the US occupation of that country. What do these explosive images show? They show [start dramatic music]: Russian guns.

That’s right. CNN has obtained images of a Soviet-made Dragunov sharpshooting rifle, a RPK light machine gun, and an assortment of Kalashnikov variants. Most suspiciously the weapons have had their serial numbers scratched off meaning they could have come from anywhere—and anywhere includes Russia! Coincidence? We think not.

“Small arms experts told us there is nothing here tying the guns to the Russian state. They aren’t new or rare, various markings missing or scratched off. Even this Chinese-made scope is readily available online.”

Well, that’s a slam dunk then.

They also roll out a US-paid Afghan crony who agrees with CNN there is “no smoke without fire”. Especially if it’s CNN smoke.