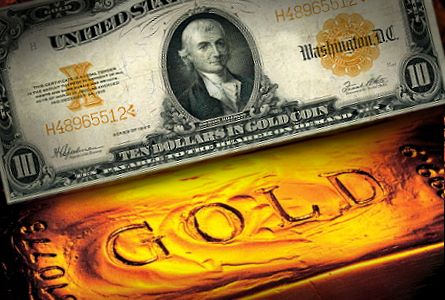 Over half the world’s population, living in the Eurasian land mass, understands that gold is money. The leaders of the Asian nations also know that this is true as well. The leaders of the security and economic alliance of the Shanghai Cooperation Organisation, which now incorporates most of these peoples, also know that to become independent of Western hegemony and to forge their own way, they must abandon Western financial systems and markets, replacing them with a new monetary order, serving their own needs. This is demonstrated in the establishment of parallel multinational financial institutions, duplicating and replacing dollar-centric development banks and settlement organisations.

The direction of travel for the SCO is to eliminate the use of the dollar for cross-border settlements between SCO member states: that much has been made clear. The replacement monetary arrangement must avoid the fundamental weaknesses of the dollar as a fiat currency, partly because these weaknesses will be exposed as the emergence of the SCO undermines the dollar, and partly because the principal drivers of SCO economic policy, China and Russia, have shown through their actions that they have a different vision of their destiny from imperial America.

This article considers the issues involved, the geopolitical sensitivities, and proposes how sound money might emerge to replace the existing fiat-money regimes.

The ascendency of the Shanghai Cooperation Organisation (SCO)

It seems remarkable the Western mainstream media has been so absorbed with China and Russia’s leaders as hate figures, that they have ignored their greatest achievement: the unification of Asia under the aegis of the SCO, driven by the vision and partnership of China and Russia. Including the new memberships of India and Pakistan, the combined population of SCO member states is estimated at just over 3,000 million, out of a world population of 7,000 million. Dialogue partners and observer states, who expect to join in time, add 280 million, and the Far Eastern nations with strong economic ties and Chinese diasporas add a further 800 million. Furthermore, Japan and South Korea are bound to be drawn towards the SCO and out of the American sphere of influence.

This is the summation of a bloc that, except for Russia and Belarus, has a non-Christian, multicultural ethic, and which selects only those elements of western civilisation that suits.

It is therefore fundamentally different from America’s top-down imperial culture. Furthermore, all these nations differ from the welfare nations of the West by having low-cost governments, and therefore low tax burdens on their productive populations. The ability of SCO members and associates to foster the improvement of their standards of living is far greater than that of the nations of Western Europe and North America, which are hampered by high-spending governments with welfare costs spinning out of control.

It is low tax versus high tax. While low taxes will permit the populations of the SCO member states to rapidly accumulate wealth and improve their standards of living, those of the West are being impoverished by their governments. Western governments are eating their tax base. SCO memberships have high savings rates. And as the very poor are lifted out of poverty, they will become savings-driven as well. We know this because the Asian tradition is for families to stick together, save and provide for their elderly, the sick, and the family’s future prosperity.

Admittedly, the SCO is a work in progress, but its expansion only a month ago by including India and Pakistan, bitter enemies over Kashmir and with stark religious differences, is the first enlargement in more than a decade. However, the dangers that tension between these two states will escalate must be admitted, because Prime Minister Modi appears to be promoting Hindu fanaticism. We must trust that the Indian government, which at least has had the vision to join the SCO, will not lose sight of the bigger picture, and that is trade will eventually give India economic and political power. The Pakistani government has a history of following the money, and doubtless Chinese investment in the port of Gwadar and in the North East, linking the overland Spice Road with the maritime version, is focusing the minds of ministers and businessmen in Islamabad.

Following India and Pakistan, Iran and Turkey are slated to join the SCO, possibly within a year. Again, these countries have populations that save, and given their currencies have a history of losing their purchasing power at an alarming rate, the monetary emphasis is firmly on gold. Therefore, the three billion people in the SCO plus those due to join have a common form of money which binds them, acceptable throughout Asia, and that surely will determine the evolution of government currencies.

It is a plain fact that if you are going to have a savings-driven economy, which certainly describes China and most of the SCO’s current and future membership, it will only prosper with sound money, that is money that either holds or increases its purchasing power over time. There may be a temptation to rob those savings by expanding the quantity of money, and indeed, China has financed economic expansion by expanding bank credit since the great financial crisis. The reality is she had little choice. Her reliance on foreign trade with crippled Western nations meant that a sound money policy would have led to the unemployment of tens of millions, and the threat of riot between the various ethnic groups.

That is now changing rapidly and radically under President Xi. China’s economy has passed through the initial wealth-building phase and is embarking on the next. The focus is now on the internal economy, with improvements in infrastructure, technology and quality of goods. But that’s not enough, so the current (thirteenth) five-year plan and the ones that follow are set to spread China’s remarkable economic formula throughout Asia. Export markets will still be developed, but the emphasis is shifting towards quality and technology, with Europe rather than America becoming the principal foreign market.

The redevelopment of the old trans-Asian trade route under the acronym OBOR (one belt one road) is central to this expansion. Not only is it a civilising route, bringing rapid industrialisation to Middle Asia, but it means Chinese production will get to European markets by rail in about ten days (goods are currently taking about fifteen days – but that time is expected to reduce significantly). Furthermore, European containerised quality goods and machinery can be shipped the other way with considerable cost savings. In 2016 1,702 freight trains made this 7,500 mile journey, more than double the figure for 2015.

The Maritime Silk Road connects the nations of the South China Sea, the South Pacific and the Indian Ocean. Ports such as Gwadar in Pakistan, and Zanzibar and Mombasa in East Africa are being expanded. A new standard-gauge railway from Mombasa to Nairobi and Kampala to replace the old Colonial metre-gauge is agreed with the Kenya and Uganda governments. This will allow the shipment of materials from the heart of Africa to feed the development of Asia. China is also a major investor in Zambia’s copper production.