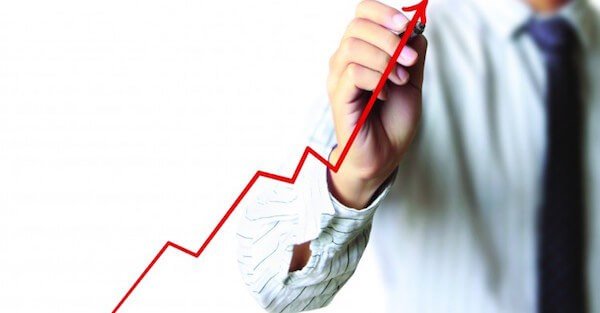 In 1999 my colleague Tim Price had front row seats to the first Internet bubble.

He tells a great story about being a private client portfolio manager at Merrill Lynch in London at the time, and describes how clients were clamoring to buy technology stocks.

James Glassman and Kevin Hassett had just published a book, Dow 36,000 (the title speaks for itself), and Merrill Lynch thought it fitting to give a copy to every single person on staff.

The NASDAQ stock index, which was heavily comprised of the technology companies that everyone loved so much, consistently hit fresh all-time highs. It was practically a daily occurrence.

Stock valuations soared; companies that lost grotesque amounts of money were “worth” billions of dollars simply because investors no longer cared about conventional metrics like profit.

Warren Buffett blasted this “irrational exuberance” and wrote that “a bubble market has allowed the creation of bubble companies– entities designed more with an eye to making money off investors rather than for them. . .”

But Buffett was dismissed as a foolish old man.

(If you haven’t heard of any of those companies, it’s because they all spectacularly flamed out after losing billions of dollars of their investors’ capital.)

Tim tells a story about a website that existed back then called f**kedcompany.com.

The website showcased ridiculous businesses that were burning through money, and over time it developed into a chat room for venture capitalists, stock investors, and professional asset managers.

Tim describes a post he read once in 1999 from somebody who called himself ‘Stanford MBA’.

It was brief and to the point:

“We have stumbled upon the perfect business model. We will lose money on every sale, and we will make up for up it in volume.”

In other words, investors have waited nearly two decades and STILL haven’t recovered their losses from the dot-com bubble.

With the benefit of hindsight, it’s easy to see the obvious warning signs.

The mania in 1999 was palpable. No one cared about profit. Retail investors were piling in at record pace. And the ‘experts’ said it would last forever.

Some of the largest, most popular companies in the world have been inflating their stock prices by borrowing money to purchase their own shares.
Others, including ExxonMobil, AT&T, Verizon, Netflix, etc. have NEGATIVE free cash flow, meaning that their businesses are burning through cash and increasing debt.

Yet despite this cash burn, stock valuations are currently at their highest levels since the financial crisis, and have only been higher two times in history. (One of them was the Great Depression.)

And retail investors have been piling in at record levels; Charles Schwab recently reported unprecedented amounts of investors are opening new brokerage accounts.

Of course, if stocks are highly overvalued, bonds are even more ridiculous.

Governments that are completely bankrupt have been able to borrow trillions of dollars at yields which are NEGATIVE.

Perhaps most astonishingly, last month the government of Argentina sold $2.75 billion worth of bonds that will not mature until the year 2117– ONE HUNDRED YEARS from now.

(Bear in mind that Argentina has spent 75 out of the last 200 years in some state of default.)