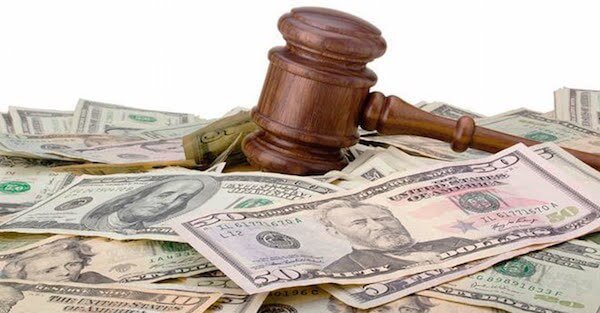 My friend Michael is one of the most successful entrepreneurs I know.

Several years ago Michael started an automated domain business that used software to buy domains, find the most likely buyer, and then sell them.

Then it would scan online domain records to determine the most likely buyer of that domain… perhaps the owner of XYZ.net.

His software would then send that person an email offering them XYZ.com at a pre-determined price.

If the prospective buyer accepted, she could click on a link in the email and purchase XYZ.com.

The business sold countless domains over the years. It was incredibly successful and profitable. And it provided a wonderful service.

But Michael just told me a crazy story…

Someone sued him for a situation completely out of his control.

The “victim” claimed he was victimized by a phishing attack that originated from a domain Michael sold.

Then he sold the domain. After that, it was resold again and again. Then, in 2015, the then-owner of the domain used it for phishing scams.

So, the victim blamed Michael for the attack. But the attack happened six years after Michael sold the domain (which he only owned for about 30 minutes).

You see the problem with this, right?

Michael wasn’t the hacker. He was just a broker that sold a website, which was eventually used for fraud.

It would be like suing the Honda dealership because a guy got drunk and drove his Honda into the side of your house.

Michael contacted the claimant’s lawyers and showed them proof of his innocence. But the lawyers wouldn’t budge.

Because they understand the legal system.

Today, you can sue anybody for anything. And lawyers are always willing to step in and collect huge fees… Even if a case is completely baseless and without grounds.

They also know that a lawsuit will terrify most people – and that battling someone in court costs a lot of time and money.

Even if they’re completely innocent, most people will settle just to make the problem disappear quickly. They don’t want to end up in court.

The judicial process is so draining that even if you win your case, you still lose.

Those lawyers took one look at Michael and saw a successful businessman who could afford to settle, so they went after him.

It’s basically blackmail… but it has sadly become a cornerstone of the phony justice system in the Land of the Free.

It’s also a reflection of modern social values. We used to admire success. Now successful people are the enemy.

After all, in the words of President Obama, “you didn’t build that…”

Success also puts a target on your back– lawsuits, taxes, etc.