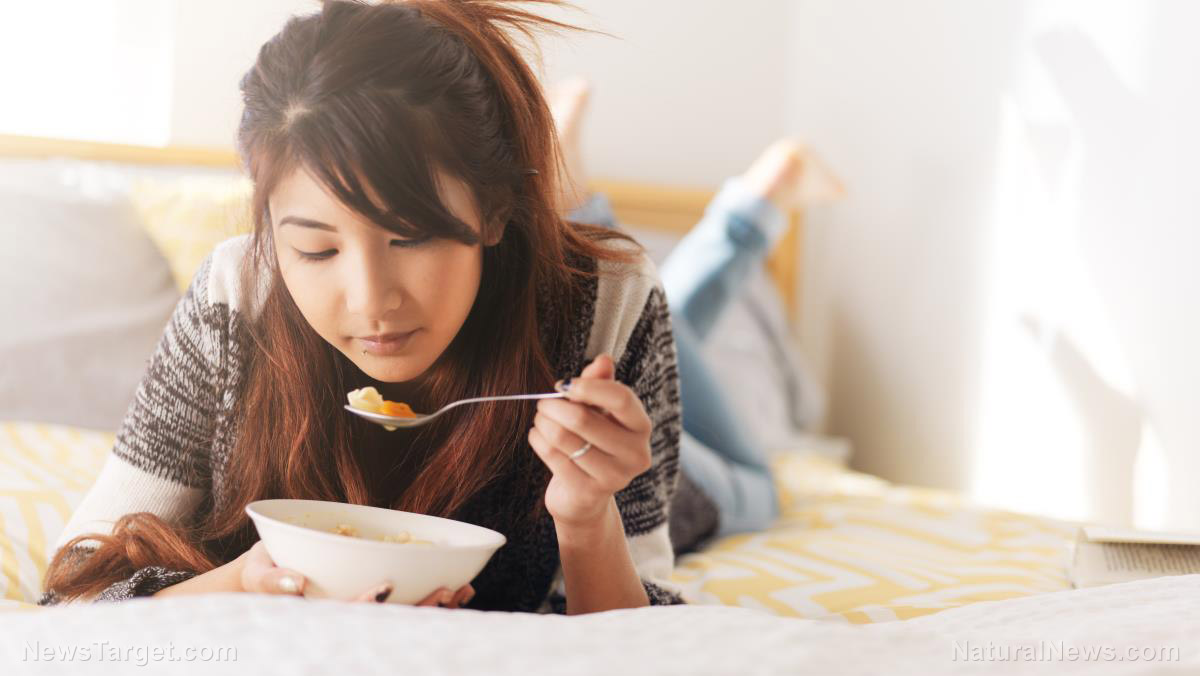 Cardiologist Dr. Aseem Malhotra said the secret behind the “world’s healthiest village”, which can be found in the village of Pioppi in southern Italy, was as simply as consuming less sugar.

Malhotra, a self-confessed ex-sugar addict, has immersed himself in the study of the factors contributing to heart disease and obesity in Britain. As such, his research led him to observe the residents of Pioppi, who mostly live up to 100 years of age, and he found out that diet, lack of stress, at least seven hours of sleep each night, and decrease in sugar consumption – only once a week – were the factors that led the Pioppians to have long lives.

“Yes, the local[s] eat pasta – but only in small quantities, and they rarely touch sugar. They only eat dessert on a Sunday, pizza once or twice a month. They take time over lunch. They don’t have a gym but they are constantly on the go,” he said.

Pioppians have a high-fat and low-sugar diet, and they touch very little dairy, meat, and carbohydrates. “We did find that those in Pioppi didn’t have a diet rich in dairy products other than cheese, but this wasn’t out of choice; other dairy products simply weren’t widely available. Nor did they eat a lot meat; it was expensive. A diet with hardly any sugar and one that was rich in locally sourced vegetables and fish, with olive oil eaten with practically every meal, gave them significant health benefits,” Malhotra said.

And even though it wasn’t intentional, it just so happened that “intermittent fasting” was a part of life in the village, Malhotra said, which incidentally had an anti-aging effect.

According to Malhotra, the kind of food that one ingests is more of a determinant in longevity compared to the frequency and severity of vices. “More than physical inactivity, smoking, and alcohol, [diet] contributes to more disease and deaths. This should be the message from doctors – food is medicine.”

“There is no such thing as a healthy weight, [only] a healthy person. That is what we all should be aiming for,” Malhotra added. As a member of non-profit organization Action on Sugar, he is calling for Britain’s sugar tax to expand and cover all confectionery products. He is also calling on the British government to ban vending machines and the sale of junk food in hospitals.

Malhotra said people’s fear of fat consumption is what prompts them to eat more food rich in sugar and carbohydrates, which contribute to an increased risk of developing heart disease, obesity, and type-2 diabetes. He added that food that are labeled “low fat”, “gluten-free” or “heart-healthy” may be more harmful that initially perceived. Malhotra is also of the opinion that indulging in a Mediterranean diet versus a Western diet makes all the difference. (Related: Mediterranean diet slows cellular aging, study shows)

“Many believe that it’s not just individual components components of the Mediterranean diet but in the synergy of the foods when eaten together that the added benefits lie. The problem in the [W]estern diet is getting too much of it from processed foods and also not getting enough omega-3,” Malhotra said, noting that foods rich in omega-3 included flaxseed oil, walnuts, oily fish, chia seeds, and soybeans.”

Malhotra outlined several tips on how to live a healthier lifestyle in order to add more years to your life. This included:

Eating at least two portions of vegetable twice a day
Eating at least 10 eggs a week as they are an excellent source of protein;
Eating nuts every day
Minimizing sugar and carbohydrate intake
Keeping active
Fasting for 24 hours once a week, if possible.

If people adopted the Pioppians’ way of eating, around 20 million annual deaths all caused by cardiovascular disease worldwide would be avoided.

Malhotra’s recommendations are echoed in his book entitled The Pioppi Diet: A 21-Day Lifestyle Plan, which British Secretary State of Health Andrew Burnham lavished praises on, saying, “This book has the power to make millions of people healthier and happier.”

In a related development, a study of people who live in an area of northern Crete in Greece that was conducted by British non-profit genetics research group Wellcome Trust Sanger Institute showed that genes may have a factor in whether or not a person is susceptible to heart disease.