Even though we don’t know precisely how the future will unfold, we know a few things about it:

Our dependence on debt to fuel growth—more extraction of resources, more energy, more manufacturing, more consumption and more earned income to pay for all this expansion of debt and consumption—has built-in limits: debt accrues interest and principal payments, which reduce the remaining income available to spend on consumption. Our dependence on fast-rising debt just to maintain low rates of growth eventually limits our ability to pay for more consumption/growth. When most income is devoted to servicing debt, there isn’t enough left to buy more stuff or support additional debt.

The cost of the most valuable energy–high-density, easy to transport—will slowly but surely become more expensive as the cheap, easy-to-extract energy sources are depleted, notwithstanding the temporary boost provided by the fast-depleting wells of the fracking “miracle.”

There are limits on our exploitation of resources such as fresh water and wild fisheries. Humans can print currency (money) but we can’t print fresh water, energy, wild fisheries, etc. If one unit of currency currently buys one liter of petrol, printing 10 more units of money doesn’t create 10 more liters of fuel.

Creating currency out of thin air isn’t free in our system: all new currency is loaned into existence and accrues interest. As a result, all currency is a claim on future earnings. If we borrow enough from the future, and earnings remain flat or decline, eventually there’s not enough income left to support the debt service and the expanding consumption the status quo needs to keep itself glued together. 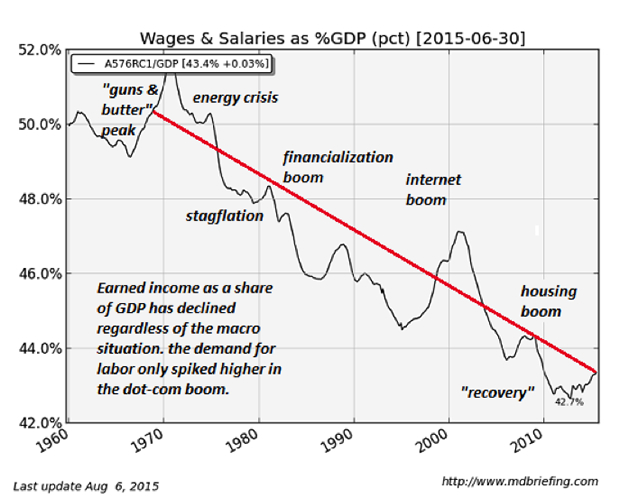 What’s the result if we add these up?

The Energy-Debt-Growth Connection
If we accept that energy will get increasingly scarce and costly, and real earned income for the vast majority of households is in structural decline, that means the global economy is in terminal trouble. As this chart shows, energy consumption per capita and GDP (gross domestic product, a measure of growth) are in near-perfect correlation: rising energy consumption per person is the foundation of economic expansion: 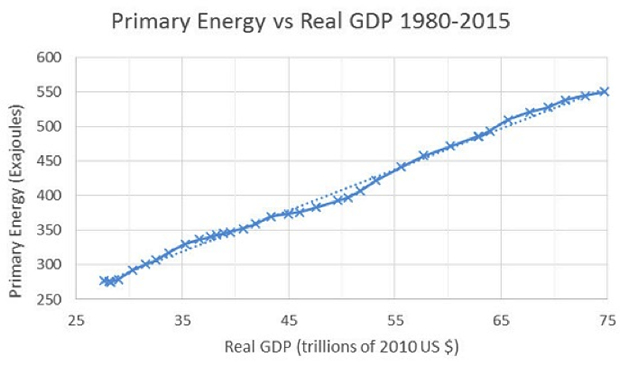 If energy consumption per person declines, so does GDP. If GDP/ economic expansion stalls, the global financial system–dependent as it is on the permanent expansion of debt and income to service that debt–has a problem.

In other words, energy, growth and debt are intrinsically linked. Analysts Gail Tverberg and Chris Martenson, among others, have been discussing the causal connections between energy, debt and the financial system for years. Here are recent examples of their work: 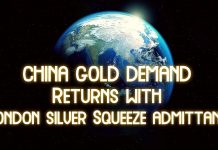